Former Chrysler Chief Lee Iacocca Dies at 94
Lee Iacocca, a leader in the American automobile industry, died earlier this week in California. He was 94.
Iacocca was the son of Italian immigrants. In his 32-year career, he helped launch some of the country's best-selling and most important vehicles. They included the Ford Escort, the Ford Mustang and the minivan.
But he will be remembered mostly as the businessman who saved the Chrysler Corporation and made it profitable again.
Ford and Chrysler
In 1970, Iacocca became president of Ford Motor Company. He famously fought with Chairman Henry Ford II, who later called the young man "conceited." Ford fired Iacocca in 1978.
The following year, he became chairman of the Chrysler Corporation.
The business was collapsing due to $5 billion of debt. Its manufacturing system was too large, and it only made big cars that the public did not want. Banks would not loan Iacocca money.
So he worked with the United Auto Workers union. Together, they persuaded the government to approve $1.5 billion in loan guarantees that permitted Chrysler and its workers to continue to make cars.
Bud Liebler is a former Chrysler spokesman and once worked closely with Iacocca. Liebler said of his former colleague, "He went to Washington and made all these crazy promises, then he delivered on them."
Iacocca persuaded the unions to negotiate a lower salary. He closed some factories and made smaller cars. He spoke to the public in his TV advertisements. In them, he said, "If you can find a better car, buy it!" Iacocca also admitted Chrysler had made mistakes, but said the company had changed.
The plan worked. Chrysler made cars that were not too costly, did not use too much gas and had space for six people. In 1983, Chrysler paid back its government loans, with interest, seven years early. That made him a hero for many Americans.
"He was a leader"
Later, Iacocca wrote two best-selling books and was once suggested as a presidential candidate. His colleague Bud Liebler said of him, "He sucked the air out of the room whenever he walked into it. He always had something to say. He was a leader."
He also remembers that Iacocca could get angry if employees did something he did not like. But a few minutes later Iacocca would act like nothing had happened.
"He used to beat me up, sometimes in public," Liebler remembered. When people asked how he could put up with that, Liebler would answer: "He'll get over it."
In recent years, Iacocca was fighting Parkinson's disease. But Liebler was not sure of the cause of death.
I'm Susan Shand.

Our company is an automobile industry and trade company.
我公司是一家汽车工贸公司|@|A#yyHm4@Rp。

We must get over our shortcomings and mistakes in our work.
我们必须克服工作上的缺点和错误t]|FcK+tiS8oF00V。

You have paid back the money I lent you.
我借给你的钱你已经还了90Ox7L|r[8*c(k。

5."He went to Washington and made all these crazy promises, then he delivered on them."

They failed to deliver on their promises.
他们没有履行他们的诺言KqBngF5Mono%N+nIaJK。
Now is the time to deliver on health care.
现在是提供健保服务的时候了E#xRlkSxt;acZ4dxwl。

6.When people asked how he could put up with that, Liebler would answer: "He'll get over it." 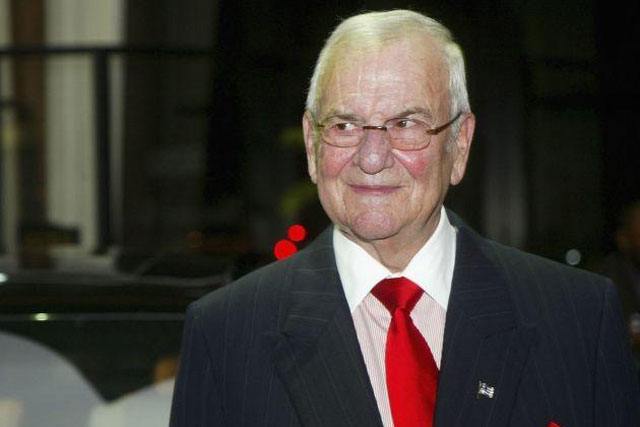