Red Cross Program Helps Kenyans Fight Drug Addiction
In the kitchen of the drug rehabilitation center in Lamu, Kenya, Musa Mohamed is stirring a pan full of chicken and herbs. Musa is a 43-year-old drug user. He is one of 18 addicts at the center which is run by the Kenya Red Cross. He started using heroin 14 years ago after his friends recommended it to him.
"Then I kept on trying and after a couple of days I wanted to stop, and I was addicted already so I wasn't able to stop," he said.
A problem affecting thousands
Kenya's National Authority for the Campaign Against Alcohol and Drug Abuse (NACADA) says there are 40,000 heroin users across the coastal area of Kenya. Many live in Lamu, a town with a large number of drug dens.
Red Cross volunteer Nurein Mohamed often visits the drug dens where she sees the desperation of many addicts.
Forty-three-year-old Yusuf Yunus understands that desperation. He wants to stop using drugs.
"Now I have two children of mine who will get in trouble," he said. "I don't know what to do because I am high. I am not healthy for them, and I don't know how to get money. I cannot help my children when I am high."
Medication, counseling needed
The rehabilitation center gives addicts medicine to lessen painful withdrawal symptoms. The center also requires that addicts attend group counseling.
Christine Mosiori is the manager of the Lamu center. She says high unemployment and easy availability of drugs are causing the drug problem.
Unemployment "makes it easy for someone to just get into the drugs...and also the availability of these drugs where they live," she said.
The program run by the Red Cross takes three months and provides some job training. Then, reformed drug users go back to the streets.
Musa says he won't go back using drugs.
"My first daughter is 14 years (old) now...I don't want to hurt my daughter and my family," he said. "So, I said enough is enough, and I don't think I'll go back."
Signs of progress
Despite the large size of the drug problem, Mosiori says she is pleased by what the Red Cross center has done in just six months.
"Even those we have discharged, we have followed them up so far and they are actually doing very well back home," Mosiori said.
As the men kneel for Islamic prayers, they share the pain of trying to overcome addiction. They pray that one day soon, they will regain control over themselves and their futures.
I'm Susan Shand.

What have you found so far?

Job training and unemployment benefits are also to be expanded.

The article is full of suggestions.

His addict to drug pushes him to crime.

5."Then I kept on trying and after a couple of days I wanted to stop, and I was addicted already so I wasn't able to stop," he said.

a couple of days 几天

This bit of work can easily be finished in a couple of days.

I think the trouble will clear up in a couple of days.

6.Many live in Lamu, a town with a large number of drug dens.

a large number of 大量的

A single mosquito can infect a large number of people. 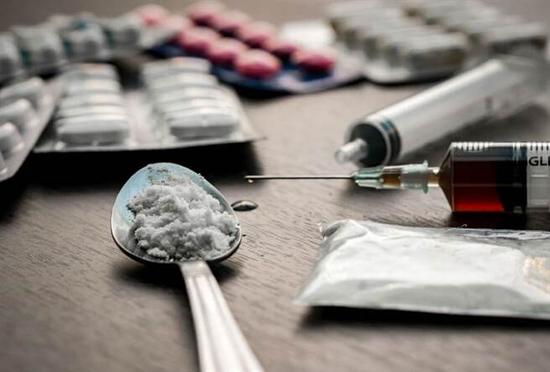