Iran Shoots Down US Drone, Trump Calls It a 'Big Mistake'
Iran shot down a United States military drone on Thursday. The incident comes as tensions between the two countries have increased following American withdrawal from Iran's nuclear deal with world powers.
Iran's Revolutionary Guard said it shot down the drone over Iranian airspace. But a U.S. official said the unmanned aircraft was brought down in international airspace over the Strait of Hormuz.
Brigadier General Hossein Salami is head of the Revolutionary Guards. He called the downing of the drone a "clear message" to Iran's enemy. He said, "Our air space is our red line and Iran has always responded and will continue to respond strongly to any country that violates our air space."
Captain Bill Urban, a spokesman for the U.S. Central Command, called the incident an "unprovoked attack." In a statement, he said, "Iranian reports that the aircraft was over Iran are false." Instead, Urban said, the drone was in international airspace.
At a White House meeting with Canadian Prime Minister Justin Trudeau, U.S. President Donald Trump declared that "Iran made a big mistake" in shooting down the drone. He then added, "I find it hard to believe it was intentional" and suggested that "a general or somebody" mistakenly ordered the attack.
Last week, the U.S. military claimed that Iran had fired a missile at another drone in answer to an attack on two oil tankers in the Gulf of Oman. The U.S. also blamed Iran for the attack on the two ships. Iran has denied the charge.
Tensions between the two countries started with the U.S. withdrawal from the 2015 nuclear deal between Iran and world powers, including Britain, China, France, Russia, Germany and the U.S.
American President Donald Trump withdrew from the agreement last year. Trump said the agreement did not do enough to prevent Iran from gaining nuclear weapons or developing missiles. The U.S. has also placed strong economic restrictions on Iran.
In May, the U.S. sent an aircraft carrier battle group to the Persian Gulf in response to what it said were threats from Iran. This week, the U.S. said it would deploy about 1,000 more troops, along with missiles and manned and unmanned surveillance aircrafts in the area.
In Tehran, officials have repeatedly said Iran would block the Strait of Hormuz if it cannot sell its oil because of U.S. economic restrictions.
This week, a spokesman for Iran's atomic energy agency said Iran would increase its nuclear enrichment beyond the limit set in the 2015 nuclear deal. Iran also set a July 7 date for European powers to come up with an agreement to save the deal. If they do not, Iran would move away from the agreement, likely meaning it would increase enrichment further.
Meanwhile, Saudi Arabia said Iran-backed Houthi rebels in Yemen fired a rocket at its desalination plant in al-Shuqaiq on Thursday. Saudi Arabia has also accused Iran of supplying the rebels with missiles and drones. It says the equipment was used in attacks on Saudi oil pumping stations in May, and on a Saudi airport earlier this month.
All this has raised fears that a miscalculation or further rise in tensions could pull the U.S. and Iran into an open conflict.
I'm Bryan Lynn.

The country had plunged swiftly into open conflict with its neighbours.
这个国家突然加入了与邻国的公开冲突ZIpWjxDK@7MQ;。

Our battleship was assigned to convoy an aircraft carrier to the Caribbean Sea.
我们的战舰奉命为一艘航空母舰护航到加勒比海vj;|Tp582jSw(。

They are all against the nuclear deal with Iran.
他们全都反对与伊朗的核协议6)p()[t~vPs2k|%qh~w。

They claimed to have shot down one incoming missile.
他们声称击落了一枚来犯的导弹uV&6=F1i_&XL。

5.At a White House meeting with Canadian Prime Minister Justin Trudeau, U.S. President Donald Trump declared that "Iran made a big mistake" in shooting down the drone.

made a big mistake 犯下大错

6.Iran also set a July 7 date for European powers to come up with an agreement to save the deal.

The president was moved to come up with these suggestions after the hearings.
听证会促使总统想出了这些建议QmNF))bxk()(LK0Nu3U^。
I don't think he can come up with any clever move.
我看他也没有什么高招k@-0HH&u@~Y@d!。 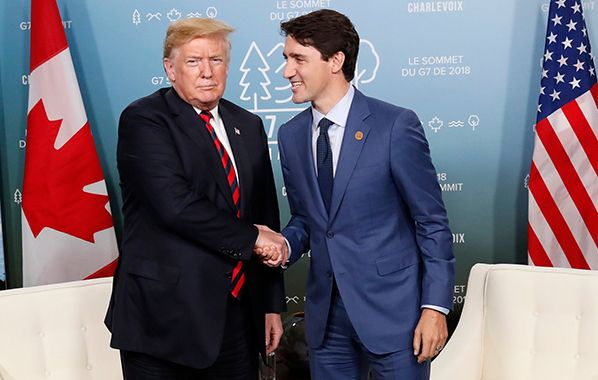