Scientists May Have New Way to Save Whales: Examine Their Mouths
Whale researchers believe they have found a new way to help protect the animals from dying off.
The researchers say they can study the mouths of dead whales to identify how often they faced serious threats, such as being hit by a ship.
American Rosalind Rolland is the lead scientist on the project. She and her team are with the New England Aquarium in Boston, Massachusetts. They reported their findings in the online publication Marine Mammal Science.
Rolland and her team studied baleen, a substance found in the upper part of the mouth of some kinds of whale. She explains that the baleen records each time the animal's stress hormone increases. Scientists can then read these records, similar to reading the rings on a tree.
Understanding the information is important because whales who often feel stressed are less likely to reproduce and more likely to become sick. That combination is not good for the whale population, which is already dangerously low.
20 times greater than normal
The scientists did their work on a whale that had become trapped in fishing equipment. It was finally killed by Inuit hunters who found it trying to swim in the equipment. The hunters said the whale seemed to lack energy. When scientists examined the dead whale, they found its mouth showed an increase in stress hormones 20 times greater than normal.
Their research comes as fishermen, government officials, and wildlife activists struggle with how to protect sea animals. Some whale species are dying off because climate change has affected their supply of food. Others are victims of accidents. For example, some scientists estimate that fishing equipment kills up to 300,000 whales and dolphins each year.
Stress is not only for humans
Regina Asmutis-Silvia is a biologist with the Whale and Dolphin Conservation in Massachusetts. She was not involved in the research, but she says it is important.
The study shows that getting caught in fishing equipment does not just limit a whale's movements or ability to eat, she says. Getting caught also changes the body's ability to fight disease, have babies, and even grow.
"We clearly understand that stress is bad for humans," she notes. But, she says, we also need to understand that stress is bad for other animals, too.
I'm Kelly Jean Kelly.

Corruption and crime are serious threats to any society.
腐败和犯罪对于任何一个社会都是严重的威胁Q;MsPOW;DV0r2]T*L--。

The leaves of this plant are dying off.
这植物的叶子在凋落中8E)gGK6oD|a0+XCJ。

They have been involved in a campaign of deceit.
他们参与了一系列的欺骗活动eG&)Qe[I(Y0@S。

5.The study shows that getting caught in fishing equipment does not just limit a whale's movements or ability to eat, she says.

6.That combination is not good for the whale population, which is already dangerously low.

They argued all the time and thought it couldn't be good for the baby.
他们一直在争论，认为这对孩子肯定不好VYV!x)+vG2E。
It was not good for him to take any wine, but he drank with his eyes open.
他明知喝酒对他没有好处，但偏要喝4qFOE+WFgzUuV。 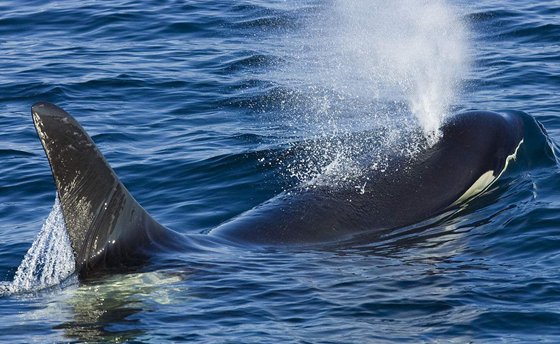