UN Report: Many North Koreans Paying Bribes Just to Survive
A United Nations report says many North Koreans are forced to pay bribes to receive food and other necessities of life.
The U.N. Human Rights office published the report this week. It was based on discussions with more than 200 North Korean "escapees" who fled their homeland.
The report said North Korea's economy has long been failing and that the government is unable to provide its citizens with "life's basic necessities."
Michelle Bachelet is the U.N. High Commissioner for Human Rights. In a statement, she said the U.N. believes people in all countries of the world should be given "rights to food, health, shelter, work and freedom of movement."
In North Korea, however, such rights "depend primarily on the ability of individuals to bribe state officials," Bachelet said.
"Since the economic collapse of the 1990s, (North Koreans) have been unable to survive through a state-led model of centralized economic planning and distribution," the U.N. said in a statement.
This situation has forced North Koreans to seek out activities outside the country's official economic system to survive, the report said. It added that seeking out such activities to get food and other necessities has become an important part of survival.
However, citizens who take part in this kind of economic activity risk being arrested and detained, the report noted.
U.N. officials estimated earlier this month that about 10 million North Koreans are experiencing severe food shortages and lack safe drinking water. The 2018 Global Hunger Index called North Korea's hunger situation "serious" and "bordering on alarming."
Experts say further cuts to already low government food rations are expected, following the worst harvest in 10 years.
North Korean officials rejected the U.N. report. The country's U.N. office in Switzerland said in a statement, "Such reports are nothing more than fabrication."
North Korea has blamed its economic problems and humanitarian situation on economic restrictions the U.N. has placed on the country. The restrictions were put in place to punish North Korea for its nuclear and missile development programs. The new U.N. report accuses the North Korean government of increasing military funding while carrying out "economic mismanagement" in other areas.
Michelle Bachelet said she is concerned that the North Korean nuclear issue is continuing to limit the attention on "the terrible state of human rights for many millions of North Koreans."
I'm Bryan Lynn.

They will seek out any who have had contact with you.
他们会找出任何一个和你有关联的人*^o5ERDGcGG.n0H9。

He made only a veiled reference to international concerns over human rights issues.
他只是含蓄地提到了国际社会对人权问题的关注oP;KH9a3uZuX#q#1xWa*。

The commanders accused him of carrying out a reign of terror.
指挥官们谴责他实行恐怖统治!N~~BB0|eiV#2。

Lawmakers have had the president's request for additional military funding for 16 months.
国会议员已经同意总统的要求，同意追加16个月的军费拨款&QWKRsaL0P1mmJ6cIEL。

5.A United Nations report says many North Koreans are forced to pay bribes to receive food and other necessities of life.

He says too many companies think they have to pay bribes.
他说有太多的企业认为他们必须行贿h]baS1HUv88。
Market traders will pay bribes to be left alone.
市场交易者要向他们行贿才能得以继续qeZaIOpuy0K^6da[6x。

6.The restrictions were put in place to punish North Korea for its nuclear and missile development programs.

They're offended by the elaborate security measures the police have put in place.
他们被警方部署的繁复安全措施惹怒了Wg6L3u%[HpmAAn。
We have worked hard to put in place governance reforms, but this has not been enough.
我们已尽力实施治理改革，但还远远不够TWx2vvWv)@W19_I+。 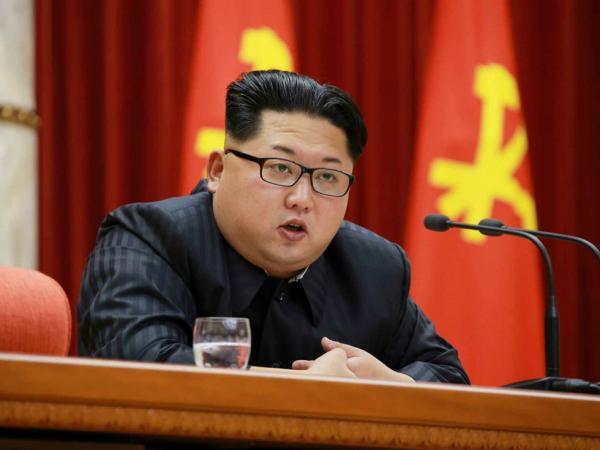