Angry Trump Walks Out of Meeting with Democrats
American President Donald Trump on Wednesday unexpectedly ended a meeting with Democratic lawmakers on infrastructure spending. The president later explained he would no longer work with Democrats unless they drop all investigations related to the special counsel's report on Russia election interference and contacts with the Trump campaign.
After walking out of the meeting, Trump spoke with reporters who had gathered outside the White House. He attacked comments made earlier Wednesday by House Speaker Nancy Pelosi, in which she accused the president of a "cover-up."
"I don't do cover-ups," Trump told reporters. He also accused Democrats of holding a meeting the same morning to discuss what he called "the I word" -- impeachment. That is the process set up by the U.S. Constitution for Congress to remove a president from office.
The president said he told Pelosi and Senate Minority Leader Chuck Schumer that he wanted to make an infrastructure deal more than they did. But he said, "You can't do it under these circumstances. So get these phony investigations over with."
The Democrat-controlled House of Representatives is seeking to investigate materials and witnesses related to special counsel Robert Mueller's report on Russia and the Trump campaign. Trump has repeatedly said he and his advisers do not need to answer lawmakers' requests for information.
The meeting at the White House had been set weeks ago, after Trump and the Democratic leaders agreed to talk more about a possible $2-trillion infrastructure proposal. Trump was expected to provide the Democrats his ideas on how to pay for it. Schumer said when Trump "was forced to say how he would pay for it he had to run away."
Pelosi added, "He just took a pass. And it just makes me wonder why he did that." She called Trump's actions Wednesday "very, very, very strange" and said she was "praying" for the country and the president.
Later on Wednesday, Pelosi spoke at the Center for American Progress in Washington. She said, "This is why I think the president was so steamed off this morning: Because the fact is in plain sight...this president is obstructing justice and he's engaged in a cover up. And that could be an impeachable offense."
On Twitter, Trump accused Democrats in Congress of "tearing the United States apart." He added, "You can't investigate and legislate at the same time."
I'm Ashley Thompson.

I set up a ginger group on the environment.
我建立了一个积极从事环保的组织sBdt2pnnr8QLAi+P_。

Let's get it over with as soon as possible, rather than drag it out.
我们尽快把它完成吧，不要再拖了tuRme-Dt~i。

They no longer had him as a friend.
他们再也不把他看成朋友了#NfJmHw&qg。

Cosmetics do not cover up the deficiencies of nature.
化妆品并不能掩盖先天缺陷o!DBsJO@T1-,7z&。

5.Schumer said when Trump "was forced to say how he would pay for it he had to run away."

Why did you run away from me?
你为什么从我身边跑开？
He and I were always planning to run away together.
我和他一直盘算着一起私奔k|*tgvPdNjCU[N。

6.He added, "You can't investigate and legislate at the same time."

I was afraid of her, but at the same time I really liked her.
我害怕她，但同时也确实喜欢她es=S*4Io6@W*T]D。
It's impossible to get everybody together at the same time.
让所有人同时聚在一起是不可能的di⋘,iC**HUv;;-。 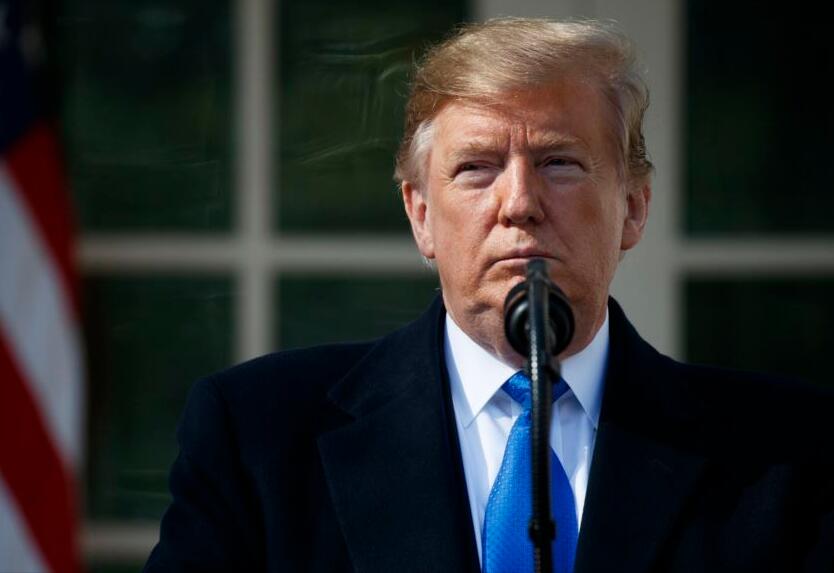