Explainer: Can Anyone Force British Prime Minister May to Resign?
British Prime Minister Theresa May is facing widespread pressure to give up power, but can her lawmakers force her from office?
May has already promised she will resign and let someone else negotiate Britain's future relationship with the European Union (EU). She has agreed to set out details for the end of her leadership. But she first wants another vote in parliament on her plan for separating from the EU. That vote would be held in early June.
Some lawmakers have strongly criticized May for attempting to relaunch her EU exit deal, an effort known as Brexit. They are unhappy with measures aimed at winning over opponents and members of her own Conservative Party.
Some Conservative lawmakers now say May should resign immediately. Can her party force her out before she wants to go?
Formal leadership challenge
Conservative Members of parliament cannot use the party's normal process for removing the prime minister until December 2019. In December 2018, lawmakers tried and failed to remove May, and the rules say they must wait 12 months to try again.
It is possible for the committee that represents Conservative lawmakers to change the rules of the process, but they have so far chosen not to do so.
Vote of confidence
Parliament can vote on whether it is supportive of May's government. If a majority of lawmakers decide they do not, she could be forced to resign.
After losing a vote of confidence, there are 14 days in which she could try to hold onto power by winning another confidence vote. During this time, the opposition Labour Party can also try to form its own government.
A general election is called if no government with majority support in parliament can be formed after 14 days.
In January, the government survived a vote of confidence called by Labour leader Jeremy Corbyn. But there are no rules preventing Labour from calling another vote at any time.
To succeed, a handful of Conservative lawmakers or members of the small allied Democratic Unionist Party would need to either abstain or vote with the opposition to oust the government.
Some pro-Brexit lawmakers have suggested they might be ready to take this step. But it is unclear if this would happen in the event of a vote being called.
Losing a vote of confidence would not automatically force May to resign as head of the Conservatives, but politically it is unlikely she would be able to continue.
Peer pressure
Without an official method to remove May that does not risk a general election, Conservatives are looking at other ways to put pressure on her.
May once said that Brexit would not be delayed beyond June 30. Yet she recently agreed with EU officials that Britain could remain a member until the end of October.
These words have been used to make the case that she should resign. So have recent heavy losses by Conservative candidates in recent local elections. Political observers say the Conservatives are likely to suffer more losses in European parliamentary elections this week.
I'm Susan Shand.

Members of parliament approved the move by a majority of ninety-nine.
议员以99张的多数票批准了这项动议rHPsHcH[s.ZKZ6Sqh&。

We set out to find the truth behind the mystery.
我们开始着手揭开谜团背后的真相V0AXL_)RpV&]Ypig&L[Q。

There has been a busy start to polling in today's local elections.
今天地方选举的投票一开始就人头攒动+tvf2XI9K#C|。

The call for a boycott could be enough to seal the fate of next week's general election.
抵制选举的呼吁足以注定下周大选失败的命运4nwtzmo_N@FRBpvINzI。

5.British Prime Minister Theresa May is facing widespread pressure to give up power, but can her lawmakers force her from office?

The political barriers are too high-politicians don't like to give up power.
政治壁垒太高了――政客们不愿放弃权力-0BCCxnN,OSD。
The reactionary classes never give up power voluntarily.
反动阶级从来不会自动放弃政权kXnQ~lALvaAj0X。

6.Without an official method to remove May that does not risk a general election, Conservatives are looking at other ways to put pressure on her.

He may have put pressure on her to agree.
他可能向她施加了压力，迫使她同意V||CFZkYMLd@j5。
They put pressure on the Government to change its intransigent stance.
他们向政府施压以迫使其改变不妥协的立场K6znXR+20R。 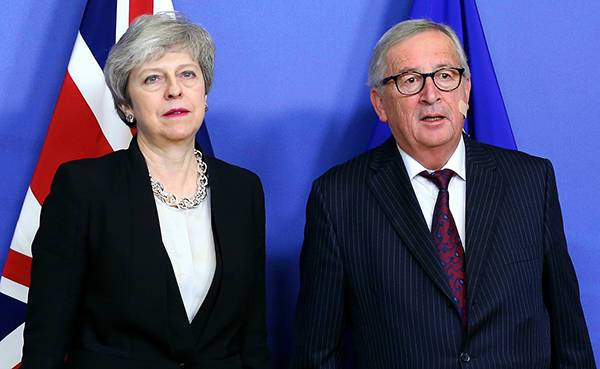