Strong Sense of Smell May Be Linked to Longer Life
Older adults with a poor sense of smell may die sooner than those who have a better sense of smell, a new study suggests.
The study was a project of researchers in the United States that was ongoing for over 13 years. They asked nearly 2,300 men and women to identify 12 common smells. All the subjects were from 71 to 82 years of age.
The researchers gave the adults scores, from zero to as high as 12, based on how many smells they identified correctly.
During 13 years of follow-up investigation, over 1,200 of the subjects died.
When the study was launched, none of the adults were weak. They could walk a little under half a kilometer, climb 10 steps and independently complete daily activities.
In the latest findings, the researchers noted that those with a weak nose were 30 percent more likely to die by year 13 than people with a good sense of smell. The findings were reported last month in the scientific publication Annals of Internal Medicine.
Honglei Chen was the lead writer of a report on the study. He is a doctor with Michigan State University in East Lansing, Michigan.
Chen said the connection between a poor sense of smell and an increased risk of dying was limited to adults who first reported good-to-excellent health. This suggests that a poor sense of smell is an early and sensitive sign for worsening health before it is recognizable in medical tests.
"Poor sense of smell is likely an important health marker in older adults beyond what we have already known about," noted Chen. He was talking about links to memory loss through dementia, Parkinson's disease, a poor diet and safety risks.
People who started out the study in excellent or good health were 62 percent more likely to die by year 10 if they had a poor sense of smell, his team reported. But smell did not appear to make a meaningful difference in death rates for people who were in fair to poor health at the start of the study.
With a poor sense of smell, people were more likely to die of brain and heart diseases, but not of cancer or breathing disorders.
The results also suggest that a poor sense of smell may be an early warning for poor health in older age that goes beyond dementia or other neurodegenerative diseases. These often signal the beginning of a weakening of the mind or body.
Dementia and Parkinson's disease explained only 22 percent of the higher death risk tied to a poor sense of smell. Weight loss explained just six percent of this connection, researchers estimated. That leaves more than 70 percent of the higher mortality rates tied to a weak nose unexplained.
The connection between a poor sense of smell and mortality risk did not appear to change based on sex or race. It also did not change based on individuals' other qualities, such as the way they live or ongoing health conditions.
One limitation of the study is that the older adults were relatively active. This makes it possible that results might be different for younger people or for individuals who are weak, the study noted.
Researchers also only tested smell at one point in time. They did not look at whether changes in subjects' ability to smell over time might influence mortality. Researchers also lacked information about medical causes of a weak sense of smell.
Annals of Internal Medicine published an editorial with the report.
In it, Vidyulata Kamath noted that as people age, they may not know their sense of smell is worsening. For that reason, doctors may want to test the sense of smell in older patients who are at risk of disease or injury.
Kamath is with the Johns Hopkins University School of Medicine in Baltimore.
"The take-home message is that a loss in the sense of smell may serve as a bellwether for declining health," Kamath wrote.
I'm Pete Musto.

With their excellent sense of smell, dogs can help do police work.
因为狗有着出色的嗅觉，它们可以协助警方工作r#%BB13P0rPA]。

A poor diet lowers your resistance to illness.
不良的饮食降低你对疾病的抵抗力jo76XM,%&uh(。

Over time you can figure out a new routine that works for all of you.
经过一段时间以后，你们会摸索出一套人人都能接受的新安排4TUhzy]E0;)。

Every year, 3000 people in our community die of cancer.
每年我们社区就有3000多人死于癌症5qv7LloE%a*Wy!G。

5.For that reason, doctors may want to test the sense of smell in older patients who are at risk of disease or injury.

He saved three children alive at risk of his life.
他拼命救出了三个孩子=T97xc=hRI^_8gWY2tU。
An estimated seven million people are at risk of starvation.
估计有700万人面临着饿死的危险NQhyDdjd,bf%8=p。

6.For that reason, doctors may want to test the sense of smell in older patients who are at risk of disease or injury.

For that reason the engineers did not adopt the plan.
由于那个原因，工程师们没有采纳这个方案auFWgn7~yh。
For that reason, I consider it something we must never do.
因为这个缘故，我感到这是件绝不应该做的事3|a%C+5c#kR8%lq。 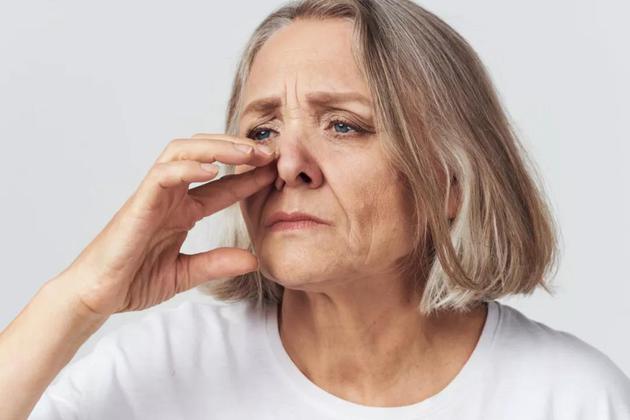