Russia Investigates Fiery Plane Crash that Killed 41 People
Russian officials are investigating Sunday's crash of a plane that burst into flames during an emergency landing. The crash killed 41 people.
The national airline Aeroflot operated the passenger plane, a Russian-built Sukhoi Superjet 100.
The crash happened shortly after the plane took off from Moscow's Sheremetyevo airport. The plane was to fly to the northern city of Murmansk. Within minutes, the pilots requested an emergency landing.
Video shared on social media shows the plane coming down for a hard landing. As it slid down the runway, the back of the aircraft burst into flames. After coming to a stop, large flames as well as thick, black smoke rose from the plane.
Russian Transportation Minister Yevegny Dietrich reported that 41 bodies were recovered from the wreckage. He said 37 people survived the crash. Some of the survivors could be seen on video jumping down an air-filled slide from the front of the plane.
Russian media reported one of the pilots said lightning had struck the plane. Flight attendant Tatiana Kasatnika said in a video on YouTube that the plane had taken off in a storm. Before the crash, she said she heard a loud noise and saw a burst of light.
"We took off, got into a cloud, there was strong hail," the flight attendant said. "And at that moment, there was a pop and some kind of flash, like electricity."
Russia's main investigative committee said the plane's flight recorders were recovered from the burned wreckage. A spokeswoman for the committee told Russian news agencies Monday that investigators were looking into three main possible causes: inexperienced pilots, equipment failure and bad weather.
One survivor praised the plane's flight attendants for helping save him and others. "It was dark and there was gas, a very high temperature. They helped people out of there, helped them to descend," Dmity Khlebnikov told a Russian newspaper.
Another passenger, Mikhail Savchenko, wrote on Facebook that some passengers grabbed their belongings as they fled during the emergency. "I do not know what to say about people who ran out with bags. God is their judge," he wrote.
The Sukhoi Superjet 100 aircraft first entered service in 2011. It was introduced as a major, new replacement for outdated passenger planes designed during times of the Soviet Union.
But the plane has been troubled in the past by concerns over problems with its horizontal stabilizers. In 2017, Russian officials ordered an inspection of all Superjets in Russia because of the problems.
A Mexican airline, Interjet, grounded Superjets in December 2016 over the issues.
Transportation Minister Dietrich told reporters Monday it was too early to decide whether the planes should be grounded in Russia.
I'm Bryan Lynn.

The crew jettisoned excess fuel and made an emergency landing.
机组人员丢弃了多余燃料，紧急着陆ilf[g=vDgZ。

The builders ran out of materials.
建筑商耗尽了材料&otIbP!I_Ear。

I love flight attendants this job, because I want to fly in the sky.
我爱空姐这份职业，由于我想往在天空中翱翔7G3y^kxat|B0a,R^YvY[。

He took off his spectacles and rubbed frantically at the lens.
他摘下眼镜，疯狂地擦着镜片1-@T62GnKGoo.tUI%58t。

5."And at that moment, there was a pop and some kind of flash, like electricity."

Seeing Marcus at that moment was a great tonic.
在那一刻见到马库斯是非常令人兴奋的事5-RldG|~N]yz!~^+jN。
At that moment a chime sounded from the front of the house.
就在那时，房前传来一声铃B+hdya(@|p|n^i*y。

6.Transportation Minister Dietrich told reporters Monday it was too early to decide whether the planes should be grounded in Russia.

it was too early to ...为时过早 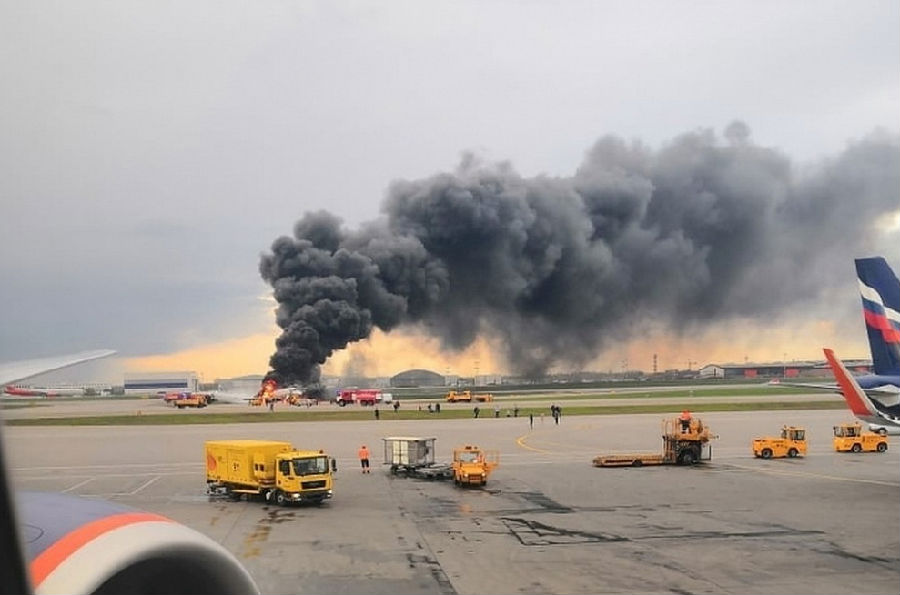