Vietnamese Woman Accused in Kim Jong Nam’s Killing Released
A Vietnamese woman who was tried in the killing of the half brother of North Korea's leader left a Malaysian prison on Friday and flew back to Hanoi.
Doan Thi Huong recorded a video just before her airplane left Malaysia. In the recording, she thanked everyone who prayed for her.
"I want to say I love you all. I thank you my Lord Jesus. Thank you so much," she said.
Huong's release likely closes the murder case.
Four North Koreans are named as co-conspirators in the 2017 killing of Kim, but they escaped to North Korea. Malaysian officials never officially accused North Korea. The officials also made it clear they did not want the trial politicized.
Huong was the last suspect in detention. In March, Malaysia's attorney general decided to drop charges against her co-defendant, Siti Aisyah of Indonesia.
The decision followed Indonesian efforts to persuade the Malaysian government to suspend the case against Aisyah. Huong asked to be acquitted after she was freed, but government lawyers rejected her request. Aisyah returned home to Indonesia.
The two women were charged with working with the four North Koreans to murder the half brother of North Korean leader Kim Jong Un. The women put VX, a nerve agent, on the face of Kim Jong Nam in the Kuala Lumpur International Airport on February 13, 2017. Both women later said they believed they were taking part in a prank for a television show.
Last month, the 30-year-old Huong admitted guilt to a lesser charge of causing injury after the Malaysian government dropped a murder charge against her. She was sentenced to 40 months in prison from the day of her arrest and was released early for good behavior.
Hisyam Teh Poh Teik is Huong's lawyer. At the airport Friday, he said that "the case has come to a complete end" because the government did not appeal her sentence.
After her sentencing last month, Huong said she wants to "sing and act" when she returns to Vietnam.
Last August, the High Court judge had found there was enough evidence to believe that Aisyah, Huong and the four North Koreans plotted to kill Kim Jong Nam. He called on the two women to present their defense.
The four North Koreans left Malaysia the day Kim was killed.
Lawyers for the women have said that they were pawns in a political assassination. They said the killing clearly had links to the North Korean Embassy in Kuala Lumpur. They also said that the Malaysian government failed to show the women wanted to kill Kim.
The desire to kill is an important part of a murder charge under Malaysian law.
I'm Susan Shand.

It took years for Iraq to finally admit that it had produced four tons of the deadly nerve agent, VX.
伊拉克用了几年时间才承认它已经生产了4吨致命神经毒剂VX@sit|d;s[==P=pgpoQ|。

He is going to stand trial on a murder charge.
他将因被控犯有谋杀罪而受审Yrso]Aegl[55jnxfAvIr。

Now she's made a splash in the American television show 'Civil Wars'.
现在她已经凭借美国电视剧《内战》而一炮走红D;m#eL9^I8K)A。

Only by taking part in practice can the young people be toughened and hardened into steel.
年轻人只有通过实际锻炼才能百炼成钢!]4,d-3hdqPs!1[9ru7。

5.At the airport Friday, he said that "the case has come to a complete end" because the government did not appeal her sentence.

come to an end 结束

All good things must come to an end, however beautiful an experience is.
再好的事情也有曲终人散的时候dlfl7XtQN%FuWIt)。
This seems to have come to an end.
这种局面似乎已经结束了w8PWW,DX)M5jTRx。

6.The officials also made it clear they did not want the trial politicized.

He refused and made clear his patriotic stand.
他拒不接受，并表明了他的爱国立场&T1K3Qd*bIJU]ydnF#1i。
I made clear to him that should be responsible for this accident.
我让他明白他应该为这次的意外负责D|Q71[ZSnTE|T6.qi&。 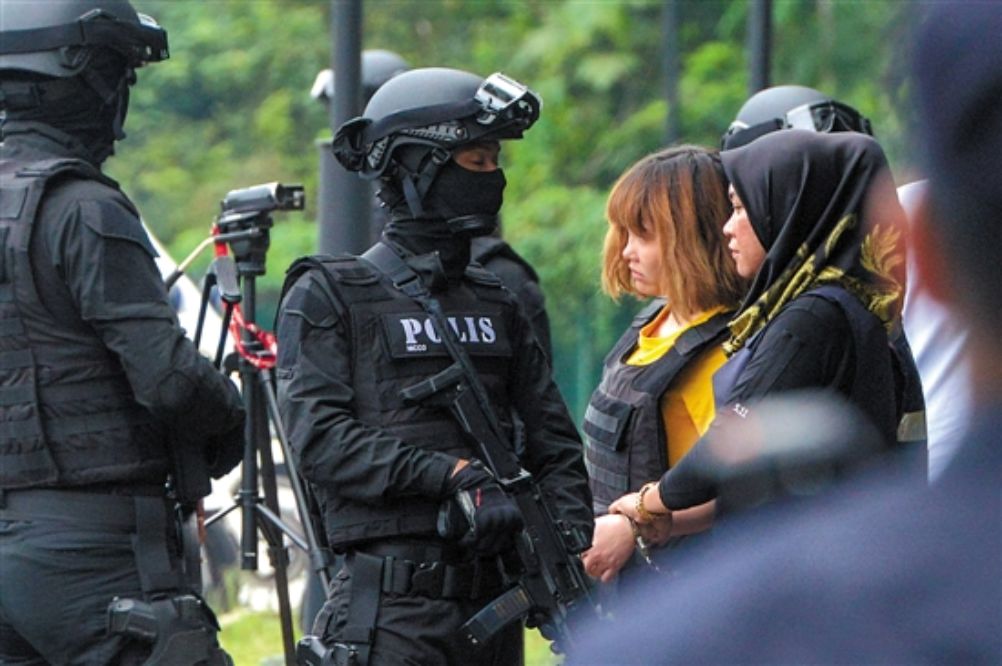