More Charges in US College Admission Plot
American government lawyers have added money laundering to the list of charges against actor Lori Loughlin and other parents in connection with a college admissions bribery case.
On March 12, federal lawyer Andrew Lelling announced that 50 people had been charged in a $25-million plot to buy their children's admission into American colleges. Lelling said the plot was set up to guarantee admissions for students, in his words, "not on their merits, but through fraud."
The reported plot includes cheating on college entrance examinations, lying about successes in sports and school, and claiming payments as aid donations to avoid paying taxes. Lelling named William "Rick" Singer as the organizer of the reported plot.
Loughlin and her husband, Mossimo Giannulli, are among 33 parents accused. They were arrested on a single charge of conspiracy to commit fraud.
The actor has denied the charges and is among a group of parents who plan to plead not guilty. On Tuesday, government lawyers added the charge of money laundering against them and 14 other parents.
Loughlin and Giannulli are accused of paying $500,000 in bribes to an athletic official at the University of Southern California to guarantee their daughters' acceptance. They told the school the girls were crew stars. However, neither girl has played the sport.
William McGlashan, a co-founder of an investment company, was also accused of money laundering on Tuesday. His lawyer called the case "deeply flawed." He added, "We look forward to presenting his side of the story."
The latest charges come a day after Felicity Huffman -- another well-known actor -- and 12 other parents and a coach agreed to plead guilty.
Huffman was accused of paying $15,000 to have a test administrator correct the answers on her daughter's college entrance exam. The payment was listed as an aid donation.
In her first public comments since her arrest, Huffman said, "My daughter knew absolutely nothing about my actions, and in my misguided and profoundly wrong way, I have betrayed her."
Government lawyers say they will seek a light prison sentence between four and 10 months for Huffman.
However, the new charge of conspiracy to commit money laundering against Loughlin could have a longer sentence of up to 20 years in prison. It also has a fine of $500,000, or two times the value of the property involved.
Several of the universities, including Yale and the University of Southern California, have taken actions -- including canceling admission offers for those accused in the plot.
I'm Caty Weaver.

I set up a ginger group on the environment.
我建立了一个积极从事环保的组织#EF3(on~HT]lb(7~V。

He escaped a prison sentence by reason of unsound mind at the time the crime was committed.
他以犯罪时精神不正常为由逃过了监禁刑罚m~QsKo9i%__。

Some corrupt officials are adept at money laundering.
有些贪官是洗钱老手JVl6Yat2]]V#c&RjNs。

I took the college entrance exam and committed myself to getting into college.
我参加了大学入学试，发誓一定要进大学)03hTqq_bi%_@G。

5.American government lawyers have added money laundering to the list of charges against actor Lori Loughlin and other parents in connection with a college admissions bribery case.

6.The actor has denied the charges and is among a group of parents who plan to plead not guilty. 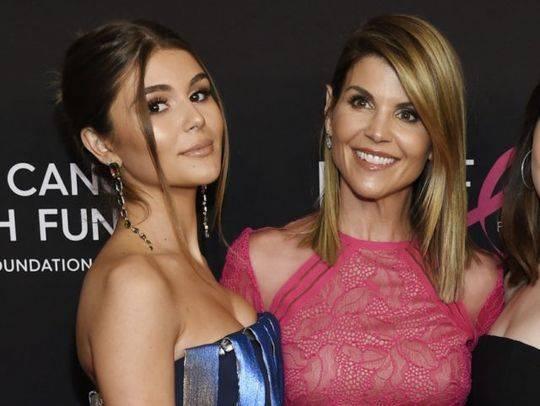