Many in Congo Do Not Believe Ebola Virus Is Real
Health experts are concerned about Ebola Virus Disease spreading in the eastern Democratic Republic of the Congo.
Eastern Congo is currently facing the second-deadliest Ebola outbreak in history.
More than 600 people have already died from the disease since last August. Hundreds more are infected.
But a recent study found that one out of four people questioned in eastern Congo last year do not believe the Ebola virus is real. Nearly half said they thought some people were making up the Ebola outbreak in order to gain money or power. Their beliefs are strengthened by the economic and political insecurity in the area.
The study was published in The Lancet Infectious Diseases journal. It was based on interviews done last September, about a month after the outbreak was first reported.
Beliefs can help spread – or stop – the deadly virus
Researchers say the study showed how people's misguided ideas about Ebola were making it harder to fight the virus.
Ebola is spread through body fluids, so stopping the virus depends on isolating those who are infected. They must be separated from the rest of the population.
But those who did not believe Ebola is real were far less likely to seek help at a treatment center. They were also less likely to agree to an Ebola vaccine.
Eva Erlach is with the International Federation of Red Cross and Red Crescent Societies. The group has more than 800 trained volunteers working to tell people in eastern Congo how they can prevent the disease.
Erlach called the findings "absolutely interesting," even if the interviews were done more than six months ago. She said they showed the connection between trust and preventive measures.
Tariq Riebl of the International Rescue Committee is currently working in eastern Congo. He said the findings confirm what he and other workers are seeing. As the virus spreads, helping communities take steps to prevent the disease is almost as important as treatment, he said.
Riebl added: "It doesn't matter if you have all the treatment options available because no one is ever arriving to take advantage of that."
I'm Jonathan Evans.

He is very quick at making up excuses.
编造借口，他张口就来Dx9AdGMMk6L=ln。

The success or failure of the matter depends on your own effort.
事情的成败在你自己的努力hNn9GyS*6[%sUWf5gMdQ。

I want to take advantage of your lifetime of scholarship.
我希望能够用到您一生的学识Tjs-o-[Ji#!^7)rEIf。

You must not be too hasty in something as important as marriage.
在婚姻大事上你不应该草率从事y.]0V8e]UrIA2!#=。

5.Nearly half said they thought some people were making up the Ebola outbreak in order to gain money or power.

In order to ensure success we must have a complete and thorough plan.
为了保证成功，我们必须要有一个周密的计划Y&Q|Px@Wna。
In order to transform their environment, he drew up the project with painstaking accuracy.
为了改造环境，他苦心孤诣地制订了这个计划&p~loSu1ZJ_A。

6.As the virus spreads, helping communities take steps to prevent the disease is almost as important as treatment, he said.

We should take steps to prevent war.
我们应当采取措施制止战争A[]iU*pyT=vptd2RoiD。
She is not content with her present lot and wishes to take steps to improve it.
她对自己目前的生活并不满意，希望能采取措施改善它,Y_Q0_wS%&JlXAEx。 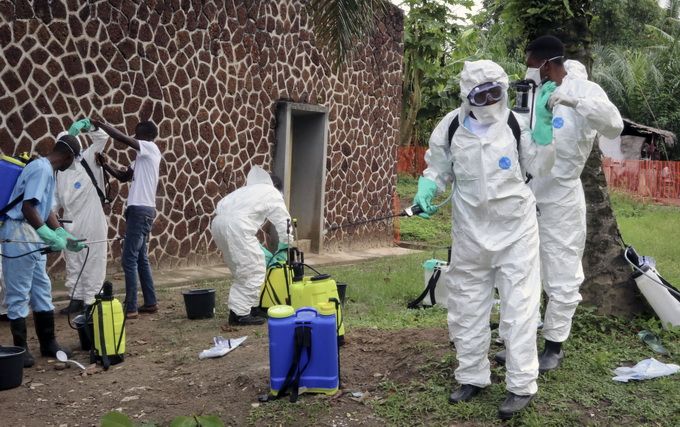