India Successfully Shoots Down Satellite in Missile Test
India has successfully test-fired a missile that destroyed a low-orbit satellite in space.
Prime Minister Narendra Modi announced the test Wednesday in a nationally televised speech. He said the development marked a major step forward in the nation's efforts to become a world power in space technology.
"Our scientists shot down a live satellite 300 kilometers away in space, in low-earth orbit," Modi announced, speaking in Hindi. He added that through the test, India had "registered its name as a space power."
Satellites collect valuable information and carry out important communication activities during modern warfare. Anti-satellite weapons permit enemies to attack the equipment. The same technology can also be used to develop weapons to block incoming missiles.
Modi said the test was not designed to create "an atmosphere of war" with any of its neighbors. "I want to assure the world community that the new capability is not against anyone. This is to secure and defend fast-growing India," he said.
India's foreign ministry said the anti-satellite system was meant to protect against possible threats against the country's "growing space-based assets." In addition, the technology would help guard against possible missile attacks, the statement said.
Very few countries have used such weapons. India became just the fourth nation to do so, following the United States, China and Russia.
Such abilities have made some countries fear that anti-satellite technology could fuel the development of new space weapons, security experts say. This could set off a race between competing nations.
After India's announcement, China's foreign ministry said it hoped all countries would seek to continually "protect lasting peace and tranquility in space."
In the U.S., acting Secretary of Defense Patrick Shanahan warned that such tests risk leaving a "mess" in space from the pieces they leave behind. "My message would be: We all live in space, let's not make it a mess," Shanahan said. "Space should be a place where we can conduct business. Space is a place where people should have the freedom to operate."
Anti-satellite weapons that break up their targets can send many pieces flying through space. Experts say these pieces, also called debris, could threaten satellites or spacecraft in Earth's orbit.
India's foreign ministry said after its missile test that officials believed there was little risk of major debris created that could hit other objects. It said this was because the test happened in low-Earth orbit and the pieces were expected to "decay and fall back on to the Earth within weeks."
A spokesman for the U.S. Department of Defense said the military's Strategic Command was tracking more than 250 pieces of debris from India's missile test and would continue to do so.
India has at times experienced tense relations with its neighbor to the north, Pakistan. Both nations are nuclear-armed powers. In February, 40 Indian soldiers were killed in a suicide bombing in Kashmir, a disputed area claimed by both India and Pakistan. Later, India reported it had answered the bombing with a "surgical strike" on a terrorist camp in Pakistan.
Pakistan's foreign ministry reacted to India's anti-satellite test in a statement. "Space is the common heritage of mankind and every nation has the responsibility to avoid actions which can lead to the militarization of this arena," the statement said.
Modi's announcement came just two weeks before a general election. Some opposition politicians accused Modi of trying to earn political favor by announcing the test on national television.
I'm Bryan Lynn.

They claimed to have shot down one incoming missile.
他们声称击落了一枚来犯的导弹0KNX+gM|,N)NwKxw(。

It is said that another suicide bombing occurred in the country yesterday.
据称，昨天在这个国家又发生了一起自杀式炸弹事件e%)W@a;^XaDPLdS6@z^.。

He said he would seek to unify the Conservative Party and win the next general election.
他说他将寻求团结保守党，赢得下届大选e_[MXLw~-,P。

5.It said this was because the test happened in low-Earth orbit and the pieces were expected to "decay and fall back on to the Earth within weeks."

Inflation could fall back into single figures as early as this month.
通货膨胀率最早有可能在本月就回落至个位数0]=HdXw%tRB]+WG。
He has her support to fall back on when the going gets tough.
他在进展困难的时候可以求助于她EIpNG6,[YuL*kAarF。

6.In the U.S., acting Secretary of Defense Patrick Shanahan warned that such tests risk leaving a "mess" in space from the pieces they leave behind.

I don't want to leave anything behind.
我不想留下任何东西jnKh*yqiVjK[k4=-。
We're going to be left behind by the rest of the world.
我们将被全世界甩在后面CRaD0M0*MpIN)e4b8。 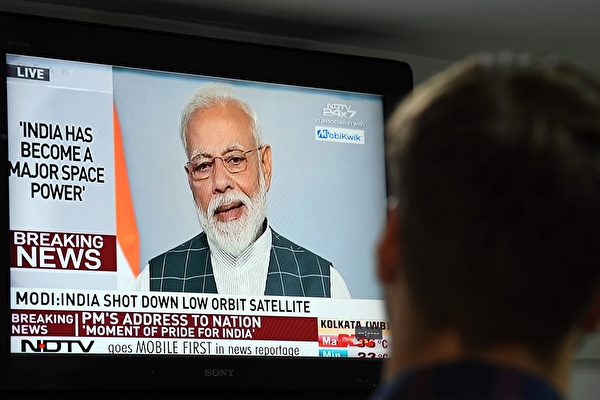