Kenyan Science Educator Receives $1-Million Teacher Prize
A Kenyan teacher who gave away most of his monthly earnings to poor people has won a $1-million prize.
Peter Tabichi was named the winner of the Global Teacher Prize on Sunday at a ceremony in Dubai. Australian actor Hugh Jackman presented the award.
Tabichi teaches science to high schoolers in the village of Pwani, Kenya. The public school where he teaches has just a single computer and has problems connecting to the internet. It also has no library or laboratory.
Almost one-third of children in Pwani are orphans or have only one parent alive.
Tabichi is credited with helping many of his students not only stay in school, but also take part in international science and engineering competitions and go on to college.
After his win, the teacher told the Associated Press, "I feel great. I can't believe it. I feel so happy to be among the best teachers in the world, being the best in the world."
He said he plans to use the prize money to improve the school and help feed the poor.
Kenyan President Uhuru Kenyatta said in a statement that Tabichi's story "is the story of Africa" and of hope for future generations.
In his acceptance speech, Tabichi explained that his mother died when he was 11 years old. He said his father, a primary school teacher, raised him and his brothers and sisters by himself.
Tabichi invited his father, who was in Dubai for the award ceremony, up on stage. The crowd cheered loudly when Tabichi asked his father to hold the award.
The Global Teacher Prize is awarded by the Varkey Foundation. That group's founder, Sunny Varkey, established the for-profit company GEMS Education, which operates 55 schools in the United Arab Emirates, Egypt and Qatar.
Tabichi was chosen from 10,000 applicants in 180 countries.
His teachings are not limited to the classroom. To help his community prepare for droughts, Tabichi offers villagers guidance on how to grow famine-resistant crops. He calls such knowledge "a matter of life and death."
Now in its fifth year, the Global Teacher Prize is the largest of its kind.
Last year, a British art teacher won the award for her work in one of the most ethnically diverse places in Britain. Her efforts were said to help students feel welcome and safe in a neighborhood with high murder rates.
Past winners include a Canadian teacher for her work with indigenous students in an Arctic village where suicide rates are high, and a Palestinian teacher for her work in helping West Bank refugees affected by violence.
I'm Ashley Thompson.

The murder rate have fall over the last year.
去年谋杀发案率有所下降_67mD)Q[8Oee,wr。

Social progress is normally a matter of struggles and conflicts.
社会进步通常是斗争和冲突的结果*El_*Sb4LNh;V。

He drew a parallel between unemployment and suicide rates.
他将失业率与自杀率作了个比较DODJ[|zG&Ga1U0。

I kept some of his books and gave away the remainder.
我保留了一些他的书，其他的都送了人3AkGVcuuoy|_P+。

5.He calls such knowledge "a matter of life and death."

a matter of life and death 生死攸关的问题

6.Tabichi is credited with helping many of his students not only stay in school, but also take part in international science and engineering competitions and go on to college. 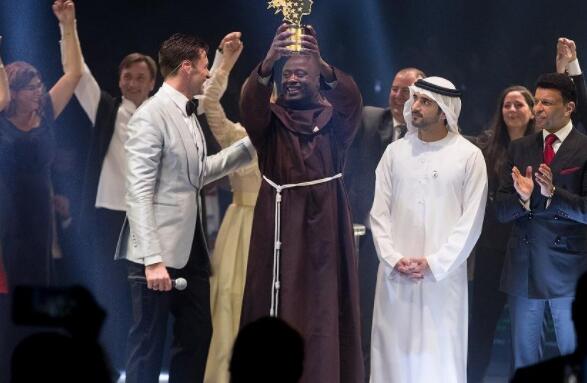