Mosque Shootings Affect New Zealand's Bangladeshi Community
Nineteen-year-old Husna Ahmed arrived in New Zealand from Bangladesh on her wedding day. Her future husband, Farid, was waiting to meet her. They married a few hours after that, as their families had agreed.
Twenty-five years later, the life they had built together was torn apart at the Al Noor mosque in Christchurch. A gunman walked into the building and fired on worshippers last Friday as they were praying.
Husna came across the gunman as he was coming out of the mosque. The gunman shot her on the footpath. After she fell, he fired two more shots and killed her.
Farid was talking to a friend and was delayed in joining worshippers at his usual place at the front of the mosque. Instead, he prayed in a small side room.
Farid was able to escape when he heard the shooting begin. When the gunman left, he returned to find many of his friends and community members dead. He provided comfort to those who were dying.
He found out about his wife's death when a police official he knew called another family member as they waited outside the mosque.
A total of 50 people were killed in the attack at Al Noor and another mosque in Christchurch.
Most victims were migrants or refugees from countries including Pakistan, India, Malaysia, Syria, Turkey, Somalia and Afghanistan.
Shafiqur Rahman Bhuiyan is a Bangladeshi diplomat in New Zealand. He told the Reuters news service that Husna was one of five members of a growing but closely connected Bangladeshi community killed. He added that four others were wounded.
Members of the Bangladesh cricket team, which was in town for a test match against New Zealand, narrowly avoided harm. They arrived at the Al Noor mosque just after the shooting took place.
Witnesses of the attack told Farid that Husna, instead of hiding, helped other women and children inside the mosque. She also ran to the front of the building to look for Farid.
Farid said, "She's such a person who always put other people first and she was even not afraid to give her life saving other people."
People in Christchurch and all over New Zealand are deeply saddened by the attack.
Farid said he has forgiven his wife's killer.
He said, "I want to give the message to the person who did this, or if he has any friends who also think like this: I still love you. I want to hug you and I want to tell him...that I am talking from my heart. I never hated you, I will never hate you."
Like a mother
A few hours after the violence, the front room of Farid's home near Christchurch was filled with survivors and friends. Many described Husna as being like a mother to them.
At the time of Husna's arrival in New Zealand, there were almost no other Bangladeshis in the small city of Nelson, where the couple first lived. But Husna made English-speaking friends, and was able to learn the language in six months. Farid said she spoke English with more of a New Zealand accent than he did.
Farid's coworkers at a meat-packing plant agreed to work 30 minutes longer on Fridays so he could take time to pray. To thank them, Husna cooked a large meal every week.
Four years into their marriage, Farid was partly paralyzed after being run over by a car outside his house. After that, the couple moved to Christchurch and Husna became his nurse.
"Our hobby was we used to talk to each other. A lot. And we never felt bored," he said.
I'm Jonathan Evans.

The country was torn apart by fierce tribal hostilities.
那个国家被部落间的激烈冲突弄得四分五裂S&=-6@@Y|XeNy(*3。

He came within his ace of being run over.
他险些被车子从身上碾过w^1^o)s)=nk。

The other day I came across a friend in the street.
日前我在街上遇见了一位朋友Y#(KY@QHLvDp。

I found out my phone was bugged.
我发现我的电话被窃听了8Yz-!JrMJd]yF~u#。

5.A total of 50 people were killed in the attack at Al Noor and another mosque in Christchurch.

6.Farid's coworkers at a meat-packing plant agreed to work 30 minutes longer on Fridays so he could take time to pray.

They are bound to take time to readjust after a holiday.
他们肯定需要时间重新适应假期结束后的生活90SO[3x]N=W3。
These plans take time to come to fruition.
这些方案需要时间才能取得成果ll%s6|+fSL。 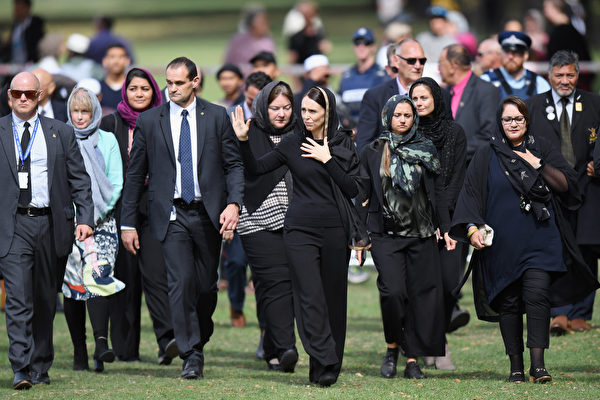