Great-Grandmother Proves It Is Never Too Late to Learn
Setsuko Takamizawa is set to prove that it is never too late to learn.
At the age of 91, the great-grandmother is learning English with the help of her family. She hopes to use the language at next year's Olympic Games in Tokyo.
Never too late to learn
Takamizawa was one of the more than 200,000 people who requested to volunteer for Tokyo's 2020 Games. English is not required for service, but it is a helpful skill for volunteers to have.
But Takamizawa had not been able to learn the language when she was young.
Takamizawa told Reuters that she was in high school when World War Two started. She said, "In my second year there, English was banned because it was the enemy language."
Takamizawa said that her grandchildren helped persuade her she was not too old to learn.
"When I talked to my grandchildren about my wish, they said, ‘it's not too late. We will teach you one word a day. It's going to be a good challenge for you'."
Natsuko is Takamizawa's granddaughter and main English teacher.
Natsuko sends a new English word to her grandmother's phone every day. They also often work together directly on phrases that Takamizawa will need for the Olympics.
"Welcome to Tokyo, this is the Olympic stadium, how can I help you?" Takamizawa answers when asked to say an English phrase she has learned.
Natsuko explains that she wanted to give her grandmother something to enjoy. "I can clearly see her English is getting better. It's my joy now."
Global Perspectives
The EF English Proficiency Index is a measure of the level of English spoken in a country. Japan ranks 49th among countries where English is not the first language.
This situation is slowly changing as younger generations welcome English. Japanese students often learn English at a much younger age than they did in the past.
However, Takamizawa believes real change will not happen unless Japanese people become more open to the rest of the world.
She says that people in Japan should act not only as Japanese citizens, but also as "global members" of the Earth.
With around 500 days to go until the Games begin, the whole Takamizawa family is ready to welcome the world to Tokyo.
When Japan last held the Summer Olympics in 1964, Takamizawa was too busy raising a family to go to any events.
Takamizawa said she never thought the Olympics would happen in Tokyo twice in her lifetime.
"It's good," she said, "to live long."
I'm John Russell.

Does China have a future in its younger generations?
中国的未来能否寄托于这年轻的一代？

English is the first language in none of these countries.
英语在这些国家中都不是第一语言^8]!_O~Gzh~cu*7Z]。

Maybe the sport that I like very much in the summer Olympics is track and field.
在夏季奥运会上我很喜欢的项目也许是田径w]o,VgRlOK5Wj)#。

It's difficult raising a family on one salary.
靠一份工资很难养活一家人QW~wifN,s,&。

5.They also often work together directly on phrases that Takamizawa will need for the Olympics.

They seemed able to work together very efficiently.
他们看来能很有效率地合作YX_aPh9qy~M3rQ。
If we'd all work together, I think we could accomplish our goal.
只要大家齐心协力，我想我们就能实现目标LGIWckDJDTdC2boA)3。

6.Setsuko Takamizawa is set to prove that it is never too late to learn.

it is never too late to learn 活到老学到老 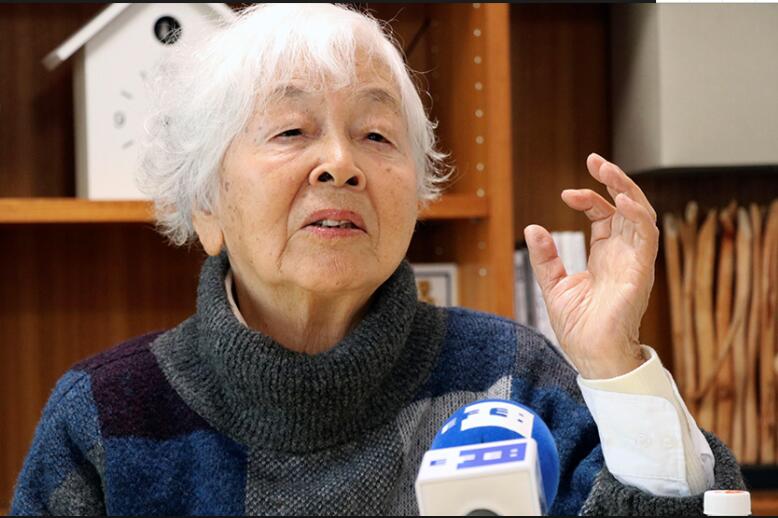