Pop Culture Revolution in North Korea?
North Korea is not known for welcoming popular culture. In fact, North Korean leaders have historically sought to keep Western cultural influences out of the nation's Communist society.
North Korea remains one of the most closed nations in the world. People who openly criticize North Korea's government or leadership can be seen as a threat and face severe punishment.
Cultural changes have traditionally come very slowly. Watching television programming or listening to music from South Korea is illegal. Government restrictions also make it impossible for most North Koreans to travel abroad or to freely experience foreign movies or books.
But under current leader Kim Jong Un, North Korea appears to be taking steps toward its own pop culture revolution. Clear evidence of this change can be seen in music, television, film and fashion.
The change is described in a report by the Associated Press' bureau chief in Pyongyang, Eric Talmadge. The changes could be evidence that Kim's government is realizing that despite heavy restrictions, North Koreans are still experiencing foreign pop influences. It could be an attempt by Kim's government to try to keep up culturally with South Korea and the rest of the world.
One example is a North Korean female pop group that has become hugely popular in the country and even has fans abroad. The group, called Moranbong, is also a known personal favorite of Kim Jong Un. The women perform in colorful, stylish clothing that shows off their bodies in a way not commonly seen before in North Korea.
Another change is evident in North Korea's footwear industry. Factories are busy producing shoes designed to look like Air Jordans or other popular shoes being sold in other parts of the world.
The large Ryuwon Shoe Factory in Pyongyang shows off the latest creations in a colorful setting that looks similar to many Western showrooms. The collection includes shoes for all kinds of sports, including running, volleyball, soccer and table tennis.
Kim Kyong Hui works at the factory. She told the AP the operation is aimed at producing what the North Korean people want.
"The most important thing for us is to produce a product that suits the people's tastes," she said. "The respected leader Kim Jong Un has instructed us to closely study shoes from all over the world and learn from their example," she added.
In general, many North Korean goods are now being presented to the public in Western-style packaging designed to be more appealing.
Changes have also happened on North Korean television. The country's programs still include a lot of propaganda and documentaries with high praise for North Korean leaders.
But there is improved production values. The acting seems more realistic and emotional and the stories more entertaining. The sets and clothing meet a much higher level of quality than in previous projects.
One of the most-watched television shows in the country currently is "The Wild Ginseng Gatherers of the Imjin War." It is a historical series set in the late 16th century, when Korea was struggling against Japanese invaders. The show is so popular that many people reportedly stop what they are doing to watch. Other fans meet in restaurants to watch together.
Bollywood films are also now very popular in North Korea. The film "Three Idiots" was recently shown in a state-run movie theater across the street from Pyongyang's Kim Il Sung Square. And Harry Potter books are among the most popular at the People's Grand Study House, North Korea's largest library.
I'm Bryan Lynn.

In fact, those people have been promoted.
事实上，那些人已经升职了b(kqK2GBpC7M2(N#9)。

She had a confused idea of life in general.
总的来说，她对生活非常困惑SA3jJSc69|。

Where do you usually play table tennis?
你们通常在哪里打桌球？

The severe punishment was meted out to the unruly hooligan.
对那个嚣张的流氓已给予严厉惩处]9Fcy6e=HDxN6yBTi。

5.In fact, North Korean leaders have historically sought to keep Western cultural influences out of the nation's Communist society.

People can keep out of the sun to avoid skin cancer.
人们可以通过避免阳光照射来预防皮肤癌Jpi.sBJ1OO0Kl2S~。
He was trying to keep out of the bird's line of sight.
他试图躲到那只鸟看不到的地方8^r3s^z=](x。

6.It could be an attempt by Kim's government to try to keep up culturally with South Korea and the rest of the world. 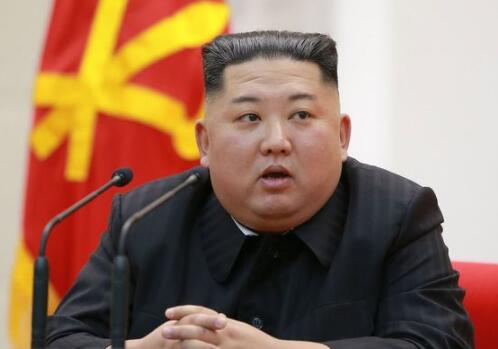