Strong-Smelling 'J-Queen' Durians Sell for $1,000 in Indonesia
An Indonesian form of durian has been sold in a store on the island of Java for what might be a record price: $1,000 for a single fruit.
Durian is enjoyed across many parts of Asia. The fruit is considered a treat, but also known for having a strong, unpleasant smell.
A group of farmers in central Java reportedly chose the "J-Queen" durian because it was said to have a special taste and feel. A farmer named Sudarno reported their comments. He grew the two rare durians, which were sold at a store in Tasikmalaya. They were sold for a little over $1,000 apiece.
Sudarno was asked why anyone would pay such a high price for a piece of fruit. He said the production from this particular durian tree had failed in recent seasons. But a new fertilizer helped to produce fruit this year.
Sudarno described the fruit's surface as creamy, like butter. "It's sweet...fluffy and delicious," he told the Reuters news agency.
Durian are often grown in small or family-operated farms. They are banned in some airports, public transportation systems and hotels in Southeast Asia because of their smell. The fruit is sometimes described as smelling like an open-air waste treatment center or turpentine when ready to eat.
Sudarno added that most of the 20 durians produced by his tree were not fully grown. Four were offered for sale, and two were sold. The others were made taken from the store after their quality worsened.
Sudarno did not know who bought the fruit.
I'm Jonathan Evans.

The French are known for their love of their language.
法国人热爱自己的语言是出了名的iFo|Ul=b][1ocUi。

They, too, would be likely to exact a high price for their cooperation.
他们也可能会为提供合作而索要高价RInnP[;Z3w5tC!p。

After leaving the treatment center, he continued on outpatient treatment, and has not cheated on his wife again.
离开治疗中心后，他继续接受门诊治疗，并且从此不再偷腥&d^[eOPptP3N^&。

5.A group of farmers in central Java reportedly chose the "J-Queen" durian because it was said to have a special taste and feel.

6.Sudarno was asked why anyone would pay such a high price for a piece of fruit.

There was a piece of cloth tied to the dog's collar.
狗项圈上系着一条布XrXGZny1a0M-TK)wOY。
He ticked off my name on a piece of paper.
他在一张纸上我的名字旁打了钩x3^i]aw5py30。 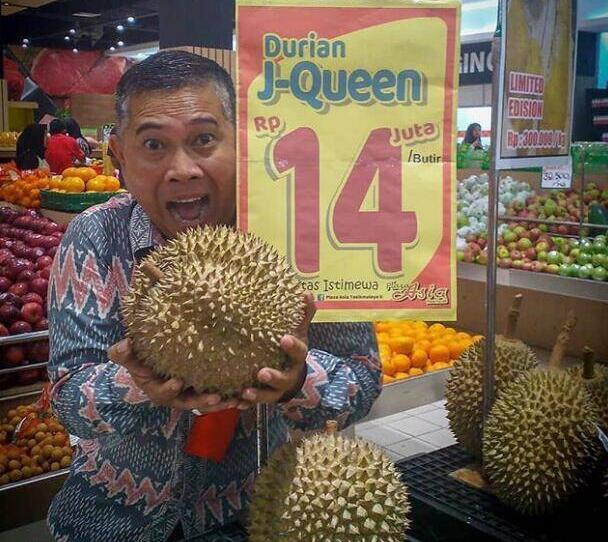