American Man First to Cross Antarctica Unaided
A Portland, Oregon man has become the first person to travel across Antarctica by himself without receiving any assistance.
Colin O'Brady completed the 1,500-kilometer trip on Wednesday. He crossed the continent in 54 days. Friends, family and other people followed his progress through messages and pictures he left on social media.
O'Brady spoke with his wife Jenna Besaw by telephone soon after he completed the journey.
"It was an emotional call," she said. "He seemed overwhelmed by love and gratitude, and he really wanted to say ‘Thank you' to all of us."
The 33-year-old O'Brady documented the trip on the social networking service Instagram. He called his journey "The Impossible First". He wrote Wednesday that he traveled the last 129 kilometers in one big, final push to the finish line. The distance took over one day to complete.
O'Brady wrote, "While the last 32 hours were some of the most challenging hours of my life, they have quite honestly been some of the best moments I have ever experienced."
The day before, he wrote that he was "in the zone" and thought he could make it to the end without stopping.
"I'm listening to my body and taking care of the details to keep myself safe," he wrote. "I called home and talked to my mom, sister and wife — I promised them I will stop when I need to."
Other people have traveled across Antarctica, but they all had some form of assistance. They either had better, more plentiful supplies or devices that helped move them forward.
In 2016, British explorer Henry Worsley died in his attempt to travel alone across Antarctica unassisted. Worsley's friend Louis Rudd, also from Britain, is currently attempting an unaided solo journey in Worsley's honor. He was competing against O'Brady to be the first to do it.
Besaw told the Associated Press that her husband plans to stay on Antarctica until Rudd finishes his trip.
I'm Jonathan Evans.

We have all witnessed the power of social media.
我们见证了社交媒体的实力=VfK8Bbz5S。

He had made a date with a girl he had met the day before.
他和前一天遇到的那个女孩定下了约会!PzFXKKrmD。

He shouldered his bike and walked across the finish line.
他扛着自行车走过了终点线gc(WSqa;JoBT5^fz|jHN。

You will be competing against the best athletes in the world.
你们将和世界上最优秀的运动员角逐3xWX^eN@w94T.du~Cma。

5.I'm listening to my body and taking care of the details to keep myself safe.

6.The day before, he wrote that he was "in the zone" and thought he could make it to the end without stopping.

make it to the end 坚持到底 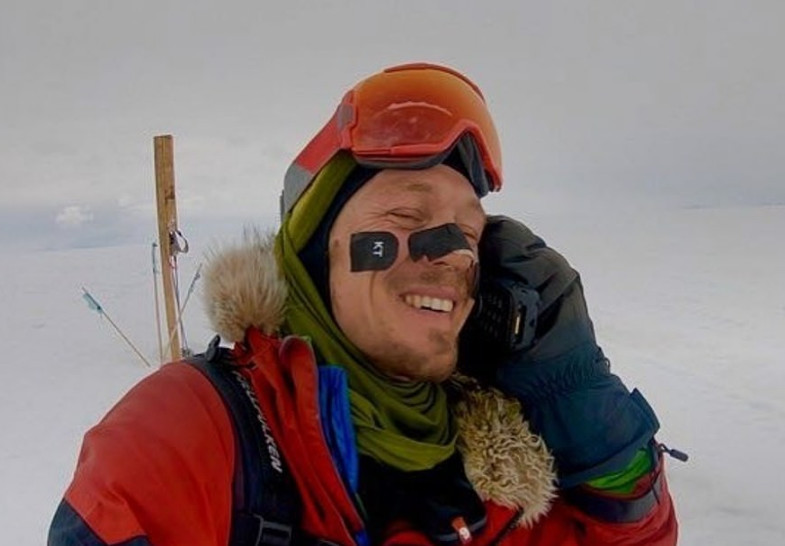