More and More People Want to Migrate
A recent study found that more than 750 million people would move permanently to another country if they had the chance. In other words, 15 percent of the world's population wants to migrate.
The Gallup company carried out the study. Researchers spoke to close to 500,000 people in 152 countries. They found that the desire to migrate rose between 2015 and 2017.
But the reasons people want to move from their home countries remain the same, said Gallup official Jon Clifton. They want to flee a crisis, or they are seeking better economic opportunities. Starvation and disaster also continue to drive people from their homes, Gallup found.
Where do people want to leave?
One of the top 10 countries people want to leave is Syria. Gallup researchers found that at least 50 percent of Syrians want to migrate permanently and leave the war there behind.
People in several places in Latin America are also showing growing desires to migrate, Gallup found.
Gallup official Jon Clifton gave Venezuela as an example. Even though the country is rich in oil, it has fallen into a crisis, Clifton said. The United Nations estimates that around 2 million Venezuelans left their country in 2018.
The desire to leave for another country also increased in a number of areas known for sending migrants. These include sub-Saharan Africa, the Caribbean, the Middle East and North Africa. One reason is that parts of Africa have had to deal with a spread of the deadly Ebola virus.
In Europe, people in Albania had the highest rates of wanting to leave. Gallup reports that 60 percent of Albanians want to migrate. Clifton said many Albanians were unhappy about the amount of money they could earn, and how little it could buy.
Other Balkan countries also showed high rates of migration desires. Clifton said the trend there was especially troubling, because it affected the youngest and most educated part of the population.
Separately, Gallup noted that in all regions of Asia "the percentage of adults who would like to move to another country permanently has remained flat."
Where do people want to go?
The Gallup survey found that people who want to migrate hope to go to wealthy countries that observe the rule of law.
Gallup has been doing the survey for the last 13 years, Clifton said. During that time, the United States has always been the first choice for people who want to migrate. This year is no different, he said, even though U.S. President Donald Trump has taken measures and spoken out against migrants.
"People still see that this is one of the best economic opportunities for them in the world," Clifton said of the United States. Many people around the world also have family members in the country already.
The Gallup survey found that one in five possible migrants said the United States would be their first choice for a new home.
The survey also found that one in six Americans would like to migrate somewhere else – the highest number so far.
I'm Kelly Jean Kelly.

Germany is the largest giver of aid among the wealthy countries of the West.
德国是西方富裕国家中给予援助最多的国家ytnDwtE(QX*du。

He had no plans to retire even though he is now very comfortably off.
尽管现在很宽裕，他却没打算退休Nl=E+gRk7~.2BCo。

He has the courage to speak out what he thinks right.
他敢于说出他认为正确的东西!Wt6g~zUP6。

You're infected with Ebola virus.
你染了伊波拉病毒Cj@2*5|s,d1ik~。

5.One reason is that parts of Africa have had to deal with a spread of the deadly Ebola virus.

He's a hard man to deal with.
要跟他这个人做生意很难lhUKiBmLHCs|。
I have no way yet as to how to deal with such a complicated situation.
这样复杂的局面该怎么应付我还没谱儿呢;3LAmuC0zyC。

6.This year is no different, he said, even though U.S. President Donald Trump has taken measures and spoken out against migrants.

Our government is trying to take measures to prevent and control pollution.
我们的国家正试图采取措施，防止和控制污染MCP&j*9BIST1-l。
If he refuses to pay I shall take measures against him.
如果他拒绝付钱，我会对他采取措施的xNDKLGc2@GD_=_v。 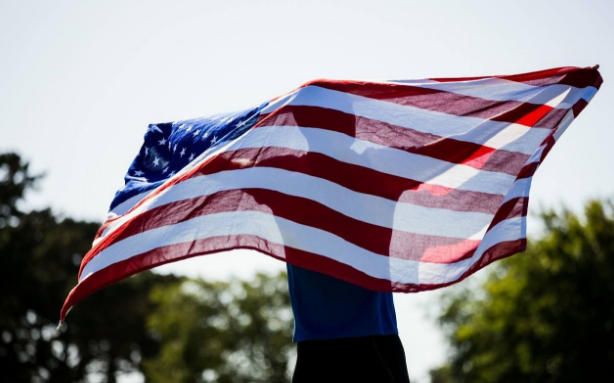