Who Is the Woman in Huawei Arrest?
Like many top Chinese business leaders, Meng Wanzhou is little known even in her home country. She is the chief financial officer of Huawei Technologies, a huge telecommunications company. Meng had been widely expected to one day lead the company, which her father Ren Zhengfei created.
But Wednesday, Canadian officials announced they had arrested Meng at the request of American officials. Chinese officials have demanded her immediate release.
A person who knew about the incident told Reuters the arrest is linked to reported violations of American restrictions on Iran by Huawei.
Huawei said in a statement that it had been given little information "about the charges" against Meng. The company added that it was "not aware of any wrongdoing by Ms. Meng."
Meng's father worked as a civilian engineer with China's People's Liberation Army for almost 10 years. Ren helped build its communications network before he left the job in 1983.
Officials in some governments, especially the United States, have expressed concern that his company is close to the Chinese military and government. Huawei has repeatedly denied this.
Out of the public eye
The 74-year-old Ren founded the Chinese telecommunications company in 1988. Both he and 46-year-old Meng have led very private lives.
In a rare move last month, Ren let the French magazine Paris Match take pictures of his family. He was shown with his current wife, Yao Ling, and a younger daughter.
Huawei is a private company and describes itself as employee-owned. Although Ren owns only about 1.4 percent of the shares, employees say he has complete power within the company.
Huawei is the biggest telecommunications equipment maker in the world and the second largest wireless phone maker. It employs more than 180,000 people and last year had revenue of about $93 billion. The company's yearly financial report says the earnings come in equal part from business inside and outside the country.
Started as secretary
Huawei's website says Meng joined the company in 1993 and received a master's degree from Huazhong University of Science and Technology in 1998.
She has held several positions within the company. These include director of the international accounting department, chief financial officer of Huawei Hong Kong and president of the accounting management department, the website said.
In her first media appearance before the Chinese press in 2013, Meng said she had first joined the company as a secretary "whose job was just to take calls."
She also said she was married with a son and a daughter and that her husband did not work in the industry. Some reports had said she was married to a top Huawei official.
Meng's importance at Huawei became apparent in 2011, when she was first named as a member of the board of directors. Company insiders describe her as able and hardworking.
Her brother, Meng Ping, works at Huawei as do their father's younger brother and his current wife. None of them have high level positions like Meng Wanzhou, who also goes by the English name, Sabrina.
"The other family members are in (the) back office, Sabrina is CFO and sits on the board," someone inside Huawei said. "So she is viewed as the boss's most likely successor."
Meng's arrest raises questions about a 90-day truce on trade reached Saturday by the leaders of China and the United States.
I’m Mario Ritter Jr.

But now high level delegations will reopen talks that broke up earlier this year.
但现在高层代表团将恢复今年早些时候终止的对话.QUl-!cii!A|。

I was close to tears with frustration, but I held back.
我沮丧得快要哭出来，但我忍住了t]*t]2groC|A!7#UzL%y。

5."The company added that it was "not aware of any wrongdoing by Ms. Meng."

We are aware of the potential problems and have taken every precaution.
我们已意识到潜在的问题，并采取了全面的预防措施11Mx(KBRc2;。
We became aware of danger approaching us.
我们觉察到危险正向我们逼近mNZXztmKTY。

6."So she is viewed as the boss's most likely successor."

Curiosity and imagination are often viewed as the key to success.
好奇心和想象力常常被认为是成功的关键mCH!8G7Rr=b12SPNW)。
If you just tried to show normal dignity, you were viewed as uppity.
就算是只想表现出正常的尊严，也会被人认为是骄傲自大lExqP0hmpxB#d=Dag|。 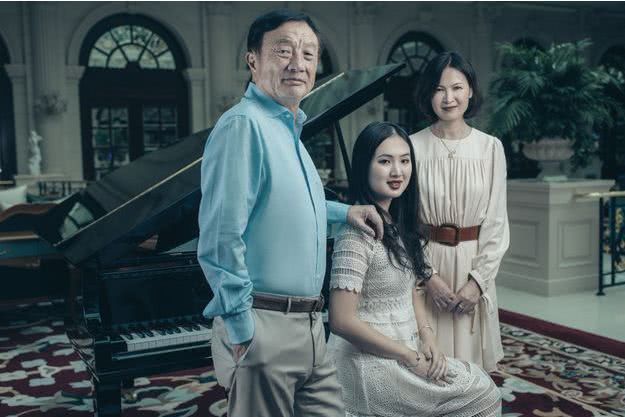