US Lawmakers Seek to Permit Religious Head Coverings in Congress
For almost 200 years, the House of Representatives – part of the United States Congress – has barred lawmakers from wearing hats. But this year, voters in Minnesota elected Ilhan Omar to represent them in the House.
Omar, who was born in Somalia and is Muslim, wears a scarf that covers her head.
In answer, some political leaders are calling for a change to the rules so that lawmakers can wear religious headwear during official meetings. The proposed change would enable Omar to wear a headscarf on the House floor. It would also permit lawmakers to wear other kinds of religious headwear, such as kippahs. But it is unclear whether any current lawmaker would do so.
The reason for the ban on hats is mostly related to ideas about respectful behavior. Currently, the rule appears alongside bans on smoking or using small computers, such as iPhones, while lawmakers are meeting publicly.
But Democratic Party lawmakers have suggested a proposal to permit religious headwear. Nancy Pelosi and Jim McGovern were two of the writers of the proposal. They noted to NBC News that this year, voters had elected the most diverse Congress in history. McGovern added the amended headwear rule would permit lawmakers to do their jobs, regardless of their religious beliefs.
The Washington Post newspaper notes that the headwear proposal also denounces some of the anti-Muslim language heard in several election campaigns. The Post added, "It is also notable coming at a time when several U.S. allies in Europe are adopting countrywide bans on face veils."
I'm Kelly Jean Kelly.

The crew of the ship are calling for a raise in pay.
这艘轮船上的全体船员正在要求涨工资HhI^.jD&3QX。

A recent row over face veils exposed unease at what many see as growing separation within Britain.
最近的面纱风波也被认为暴露了英国国内不同文化间的隔膜;Qko3I7f&74#sF+q。

5.McGovern added the amended headwear rule would permit lawmakers to do their jobs, regardless of their religious beliefs.

Regardless of whether he is right or wrong, we have to abide by his decisions.
不管他正确与否，我们都得服从他的决定Hnl4gM544O941cm)4IuR。
The fields give high and stable yields regardless of climatic circumstances.
不管天气条件如何，这块地总是保持稳产高产*]GNfdASRtf-Pi。

6.The Post added, "It is also notable coming at a time when several U.S. allies in Europe are adopting countrywide bans on face veils."

He was able to spend only a few days at a time on the island.
他每次去岛上都只能呆几天hnfl_np_AM!。
This restaurant can accommodate two hundred people at a time.
这家餐馆可供200人同时用餐acaH.34Mhh4[(x6。 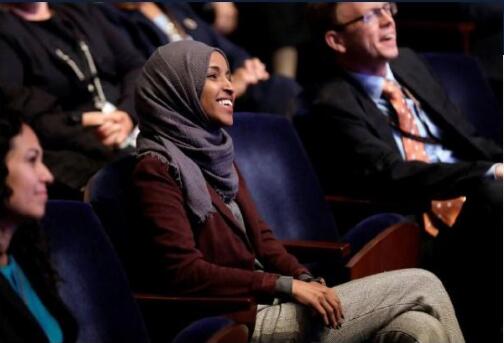