Officials: About 100 People Still Missing after California Fires
About 100 people are still missing in the deadliest wildfire in California's history.
Officials have released the names of the missing people. Many are older people, in their 80s and 90s. The fires, near both ends of the state, have claimed the lives of at least 51 people, with 48 dead in Northern California and three in Southern California.
Friends and relatives seeking information about loved ones posted messages and photos in the Northern California town of Chico.
"I hope you are okay," read one note. Another had a picture of a missing man: "If seen, please have him call."
Sol Bechtold is searching for his 75-year-old mother, Joanne Caddy. He said some of the missing people are not on the list released by the government. Caddy's house burned down along with the rest of Magalia. The area is just north of Paradise, a town of 27,000, that was completely destroyed by the fire last week.
Bechtold said he spoke with the sheriff's office Wednesday morning. They confirmed they have a missing person's case on his mother Caddy. But Caddy, who lived alone and did not drive, was not on the list.
Greg Gibson was hoping to find information about his neighbors in Paradise. He wondered if they had tried to escape or had stayed a few minutes too long.
Gibson said, "It happened so fast."
He spoke from the Neighborhood Church in Chico. The church serves as a shelter for some of the more than 1,000 who escaped from the fire.
Harold Taylor is a 72-year-old Vietnam veteran. Walking with a cane, he said he received a call Thursday morning to leave immediately as the fire was coming up behind his house.
"We didn't have 10 minutes to get out of there," he said. "It was already in flames downtown, all the local restaurants and stuff," he said.
Along the way, he asked his neighbor to get in his car and leave with him, but the neighbor chose not to. Taylor does not know what happened to that person.
Before the Paradise fire, the deadliest single fire on record in California was in 1933 in Los Angeles' Griffith Park that killed 29 people.
In Southern California, firefighters have made progress against another huge fire in Malibu. That fire has killed two people and destroyed over 400 structures.
I'm Mario Ritter.

Detectives are still searching for those who violated the graveyard.
侦探们仍在搜捕那些亵渎了墓园的家伙!([%f|GruE%z9vY。

If the Conservatives got in they might decide to change it.
如果保守党赢得选举，他们可能会决定改变这一现状SahVOmNo8ccGVT3DI+nX。

A thunder shower is coming up.
雷阵雨马上就要来了%5lo)Uxlzt+KKPe*jC-。

He's been away for at least a week.
他走了总有一个星期吧OB8oDK&x(KnSPI。

I was screaming at them to get out of my house
我尖叫着让他们离开我的家Eju~TYUjppxcI[8-FI2#。
I could hardly wait to get out of there.
我迫不及待地要离开那里LPAzgX9^m6。

6.Along the way, he asked his neighbor to get in his car and leave with him, but the neighbor chose not to. 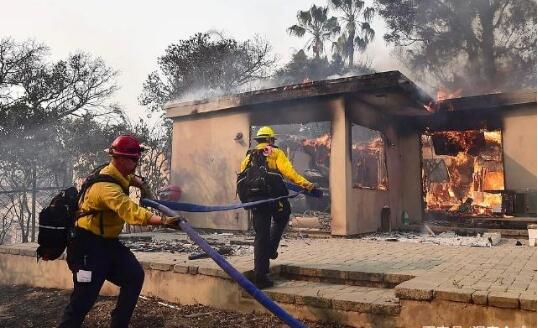