Blind Athlete Hikes the Grand Canyon
Shawn Cheshire is a blind cyclist who competed in the 2016 Paralympics in Rio de Janeiro, Brazil. She hopes to take part again in 2020 in Tokyo, Japan.
But before that, she had a different goal: hiking the Grand Canyon in the American state of Arizona.
Cheshire lost her ability to see after an accident nine years ago. She has tried to become as independent as possible in the last few years. She said, "For me, being able to walk in the Grand Canyon like that, that's freedom."
She said that, for a long time, she was in "a really dark place and hated being blind." She said that sports and physical exercise gave her "another opportunity at living."
Earlier this month, Cheshire crossed 68 kilometers of steep and uneven ground in the Grand Canyon. She did so in 24 hours and 15 minutes. That is believed to be a record for a blind hiker. The earlier record of 28 hours was set in 2014.
Three friends helped her during the Grand Canyon hike. They walked several steps apart. They guided and warned her of barriers. She listened for and followed the sound of a bell worn by the lead hiker. She used hiking poles for balance.
Scott Drum is one of Cheshire's friends. He served as a guide on the hike. "I've learned a lot about myself," he said. "I learned a lot more about the canyon."
Cheshire and her friends finished the hike on October 8. She said as the group neared the end of the trip, "I had a huge ball of emotion welled up in my chest –I cannot believe we just did that."
Along with hiking and cycling, Cheshire has also done running, skiing and rock climbing.
"I'd like to figure out everything a blind woman has never done," she said, "and I would like to do that."
I'm Caty Weaver.

He served as an adviser to the Sultan of oman.
他担任了阿曼苏丹的顾问;jd*,%iohxr=B|9Gm;。

I simply couldn't figure out his intention.
我简直揣摩不透他的用意QuJDACEhaBh=mg。

We had the devil's own job to persuade him to take part.
我们说服他参加可费了一番周折qEx!afTV70K-~+ke。
You can take part in activities from canoeing to bird watching.
你可以参与从划独木舟到观鸟等各种活动OX45gHlq.DlmU&Mf。

6.She said that, for a long time, she was in "a really dark place and hated being blind." 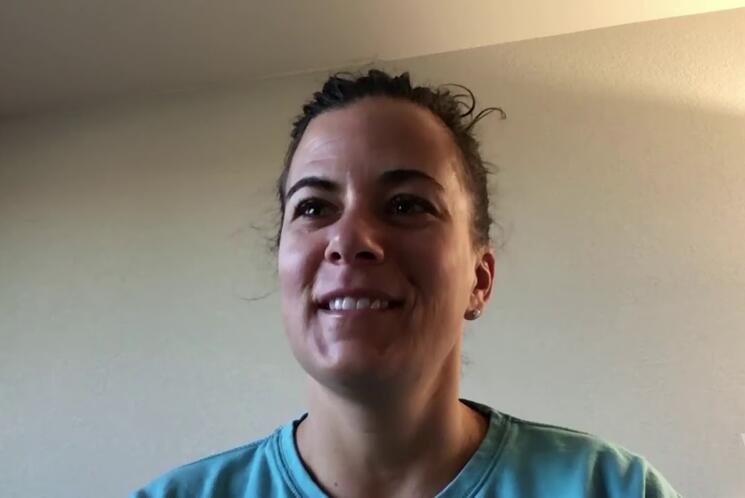