Who Is Jamal Khashoggi?
Jamal Khashoggi is one of most influential Arab journalists in the world.
No one has seen or heard from him since October 2. That was the day when he walked into Saudi Arabia's consulate in Istanbul.
Turkish government officials have said he was killed inside the office. Saudi Arabian officials deny harming the journalist.
Jamal Khashoggi has worked for Saudi, American and international publications. He is highly critical of the government of Saudi Arabia, the nation of his birth.
Khashoggi lived in the United States after fleeing Saudi Arabia in June 2017. When asked why he left, he told Al Jazeera television in March, "I don't want to be arrested."
Early life
Jamal Khashoggi was born 59 years ago in Medina, Saudi Arabia, one of the holiest cities in Islam. He comes from a wealthy and powerful family. He is the grandson of Muhammad Khashoggi, a Turk who served as the personal doctor for King Abdulaziz Al Saud, the founder of Saudi Arabia.
Jamal Khashoggi is a nephew of Adnan Khashoggi, a Saudi businessman who was involved in an arms for hostages deal, the Iran-Contra scandal. In the 1980s, Adnan Khashoggi was reported to be worth $4 billion.
After completing his studies at Indiana State University in 1983, Jamal Khashoggi began working as a reporter for the English language newspaper Saudi Gazette.
In the 1990s, he reported from Afghanistan, Algeria, Sudan and the Middle East. He later wrote for other English and Arab language newspapers. He rose to become deputy editor-in-chief of Arab News, the top English newspaper in Saudi Arabia.
In his reporting and opinion pieces, Khashoggi often criticized Saudi religious values and pushed the government to carry out reforms. He made an enemy of Crown Prince Mohammad bin Salman, the First Deputy Prime Minister of Saudi Arabia and son of King Salman.
In 2017, Saudi police arrested nearly 50 political and business leaders in what critics saw as a power move by the Crown Prince. This action was quickly followed by the arrest of 17 women's rights activists, Israa al-Ghomgham and her husband.
Fearing for his safety, Khashoggi fled to the United States, where he lived outside Washington, D.C.
"I have left my home, my family, and my job, and I am raising my voice...We Saudis deserve better," he wrote in his first guest column for The Washington Post.
Khashoggi entered the Saudi diplomatic office in Istanbul to complete paperwork he needed to get remarried. His wife-to-be, a 36-year old Turkish woman, said she stood 11 hours near the door to the consulate, waiting for him to return. When he did not appear, she reported his disappearance.
I'm Susan Shand.

How could he walked into my room that night?
当天晚上，他怎么会走进我的房间？

I served as the Class President for two years.
我曾当了两年班长7o&eGXmtchl_j,1。

Investigators in the United States have raided the clinic of Michael Jackson's personal doctor.
美国调查人员搜捕了迈克尔·杰克逊私人医生的诊所GA0J#NHm2;5F_*1.b。

He had been waiting for over an hour and was beginning to feel irritable.
他已经等了一个多小时，开始变得急躁了dSKA3WRnP]mPN#6Xs)q。

5.He is highly critical of the government of Saudi Arabia, the nation of his birth.

6.He made an enemy of Crown Prince Mohammad bin Salman, the First Deputy Prime Minister of Saudi Arabia and son of King Salman.

He was unruly in class and made an enemy of most of his teachers.
他因上课调皮捣蛋而成为大多数老师的眼中钉IM%XnYKH9z。
I may have made an enemy but won many friends in the mean time.
也许这样做我多了一个敌人，但同时赢得了许多的朋友bM952rMjQ&^%xma。 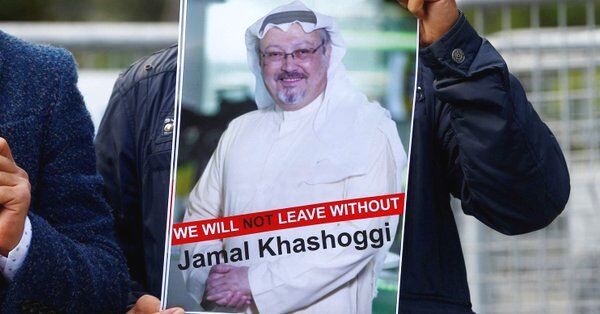