Half of Young Americans See Better Financial Future, Study Finds
About half of young people in the United States expect to be more financially successful than their parents, a new study finds. This may be a sign that the dream of upward mobility lives on, even if not everyone believes in it.
The study comes from the Associated Press-NORC Center for Public Affairs and the media company MTV. Researchers questioned 580 Americans from ages 15 to 26, as well as 591 parents of people in that group.
The study found that around half of the young people think they will have stronger household finances than their parents. About 29 percent expect to do as well financially as their parents. Twenty percent expect to do worse.
Parents were a little more hopeful: 60 percent think their children will do better than they themselves did. The 60 percent included parents of all earning levels. Twelve percent of parents said that they felt their children might do worse.
It is no longer a guarantee that children will be able to improve upon the financial situation in which they grew up. In 2016, economist Raj Chetty and other experts released a study confirming this idea. They found that about half of the Americans born in 1984 earned more at age 30 than their parents, down from 92 percent in 1940.
Jennifer Narvaez of Miami, Florida, believes she will be wealthier than her parents. She holds an undergraduate degree in biology and is planning on attending medical school to become an expert on the human heart.
The 23-year old said she expects as a college graduate to have better chances to get a job and own a home than her parents. They were born in Nicaragua and immigrated to the United States.
Narvaez is less sure about the future of the U.S. economy, especially as the nation appears to be heading into a trade war with China.
"It's a weird time," she told the Associated Press. "I feel like it's hard to predict what will happen because of the kind of administration we have."
Alex Barner, 20, also felt hopeful that he might do better than his mother. She was 18 when she had him and raised him on her own. Barner is attending college in New Mexico and is considering a future career in business.
Barner has some unease about the direction in which the nation and its economy are headed. Like Narvaez, he is concerned about U.S. trade policies.
Barner also said he feels politicians need to pay more attention to issues that have an immediate effect on people like health care and student loan forgiveness.
The study found young Americans are divided on their predictions for the nation's economy in the year ahead. The most common opinion, at 41 percent, was that the economy would remain the same. Thirty percent of those questioned said they expect it to worsen. And 29 percent predicted the economy would improve.
The parent group was also divided: 38 percent expect the economy to stay the same, 35 percent expect improvement and 27 percent expect conditions to get worse.
I'm Pete Musto.

She can play tennis as well as basketball.
她也会打篮球，也会打网球WZHLOIUQpH)aVN#。

Over the next few months, things seemed to get worse.
在接下来的几个月里，事情似乎变得更糟|LZghDA4*pS&UIoxn&.。

Governments have to resist the temptation to adopt "beggar thy neighbour" trade policies.
政府必须抵制诱惑，不能采取“损人利己”的贸易政策uTIUhx%+1OZ;fEdx,OA。

The most important thing is to reach an agreement and to avoid a trade war.
最重要的是达成协议，避免贸易战+0SOR|2-@1&cUv&]@R^。

5.It is no longer a guarantee that children will be able to improve upon the financial situation in which they grew up.

When a thing has been used, it is no longer new.
当一件东西被用过后，就不再是新的了mK~B6-)4Iq(BzG67C8。
With this kind of machine it is no longer a strain to transplant rice seedlings.
有了这种机器，插秧就不那么费力了l8(y@klU3+。

6.Narvaez is less sure about the future of the U.S. economy, especially as the nation appears to be heading into a trade war with China.

We may be heading into another bubble.
我们似乎在走向另一个泡沫&f6NQaHGd6&3HmI。
Staff found 175 of the animals hidden in a truck heading into Bangkok.
执法人员发现有175只野生动物被藏进卡车带进曼谷s2Uun!jVKD;kG[Zt。 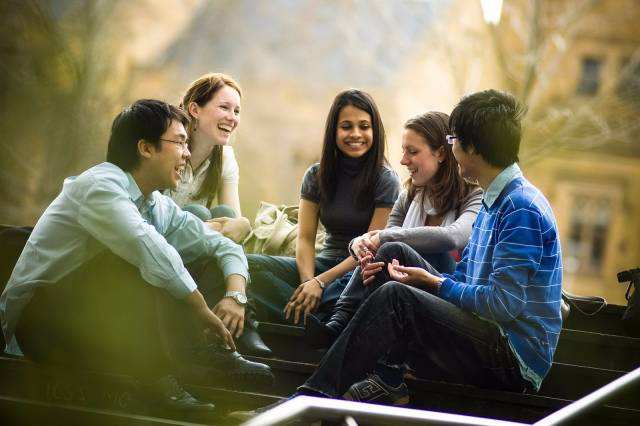