Lawmakers, Americans Listen to Woman Accuse Supreme Court Nominee of Sexual Attack
The first woman who publicly accused the nominee to the U.S. Supreme Court of a sexual attack spoke at a public hearing before the Senate Judiciary Committee.
Brett Kavanaugh, the nominee, has strongly denied the charges.
Christine Blasey Ford said that she is "100 percent" sure that the teenager who attacked her in 1982 is Supreme Court nominee Brett Kavanaugh. She also said she feared that Kavanaugh was "going to accidentally kill" her at the time.
Ford said the attack took place at a house party that she attended along with Kavanaugh, his friend Mark Judge and others. She said that Kavanaugh and Judge locked her in a bedroom and that Kavanaugh forced himself on top of her.
Ford spoke under oath to tell the truth.
"I yelled, hoping that someone downstairs might hear me, and I tried to get away from him, but his weight was heavy. Brett groped me and tried to take off my clothes. He had a hard time because he was very inebriated and because I was wearing a one piece bathing suit underneath my clothing. I believed he was going to rape me. I tried to yell for help. When I did, Brett put his hand over my mouth to stop me from yelling. This is what terrified me the most and has had the most lasting impact on my life."
She said Kavanaugh and Judge were "drunkenly laughing during the attack."
Kavanaugh has denied all accusations of sexual assault from Ford and from several other women who came forward with claims of sexual wrongdoing. He is to testify later Thursday.
The Senate Judiciary Committee Chairman is Republican Chuck Grassley of Iowa. Grassley said Democrats should have brought forward the accusations earlier.
He said that the FBI had carried out six full field investigations of Kavanaugh since 1993. He said it found no suggestion of sexual wrongdoing in any of those investigations.
When he speaks with lawmakers later today, Kavanaugh is expected to strongly deny Ford's report as well as accusations by others. He has described the claims as last-minute smears. He released a text of his expected statement Wednesday. Ford also released such a statement.
President Donald Trump chose Kavanaugh in July to replace Justice Anthony Kennedy. Kavanaugh's confirmation could solidify a conservative majority on the court for a generation.
On Wednesday, President Trump accused Democrats of creating untrue accusations against Kavanaugh. "They know it is a big fat con job," Trump said.
Other women have come forward in the past few days with detailed accusations about Kavanaugh, including that he was aware of group rapes of girls in high school. He has denied all the accusations.
Trump said Wednesday that he would watch Thursday's Senate hearing. He said it is possible he could change his mind about his nominee after he hears Ford and Kavanaugh speak about the accusations. Currently, lawmakers are scheduled to vote Friday morning on whether to approve Kavanaugh for a lifetime appointment to the Supreme Court.
Christine Blasey Ford is a psychology professor at Palo Alto University in California. Brett Kavanaugh is a federal judge in Washington, D.C. They both attended private high schools in the D.C. area in the 1980s.
I‘m Caty Weaver.

In one case, a victim was attacked outside a house party.
在一个案件中，受害人在一个私人聚会外受到袭击rjoOiaxFpJKM&。

The dead include a federal judge.
死者中包括一名联邦法官ImaAl&TdjkCU=fP~xz!。

The exception to this is the lifetime appointment by the President of Justices of the Supreme Court and other federal judges.
总统委任的最高法院大法官及其他联邦法官是终身任职，不在此限XvbM+VcXV;mh。

The case was up for the final decision in the Supreme Court.
该案由最高法院作最后裁决l@l%zFMRp;0Jq9.%^。

5."I yelled, hoping that someone downstairs might hear me, and I tried to get away from him, but his weight was heavy.

You can’t get away from this guy fast enough at a cocktail party!
在鸡尾酒会上你很难快速摆脱这些家伙XaU8|SyZTpz|vNz2-_;。
It’s so obvious once you get away from the traditional mindset.
你一旦摆脱了传统的思维方式，效果会如此明显@q|U0_+pVUjQ=a]h8n。

6.Kavanaugh has denied all accusations of sexual assault from Ford and from several other women who came forward with claims of sexual wrongdoing. 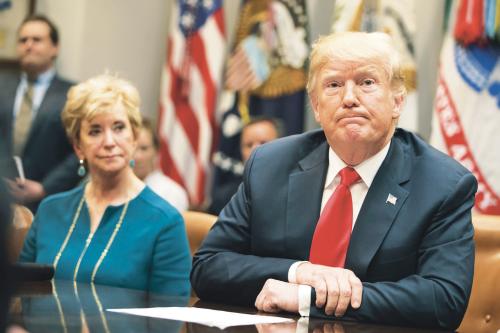