Supreme Court Nominee: 'False' Assault Accusations Will Not Stop Him
Supreme Court nominee Brett Kavanaugh appeared on American television Monday to say he never sexually assaulted anyone in high school or at any other time in his life.
He also said he would not let "false accusations" force him to withdraw as a candidate for a life term as a Supreme Court justice.
Two women have accused Kavanaugh of assaulting them in the early 1980s. One woman, Christine Blasey Ford, says Kavanaugh attacked her at a party Both were in high school at the time. She says Kavanaugh held her down on a bed, touched her sexually and tried to take off her clothes. Ford says one of Kavanaugh's friends was a witness to the assault.
In an interview Monday with Fox News, Kavanaugh said it is possible he may have met Ford. But he said they were not friends and did not have similar friend groups. He also said he did not remember being at a party with her.
"I was not at the party described," Kavanaugh said.
Kavanaugh was asked if he thought there was any chance Ford misunderstood anything that happened between them.
"I have never had any sexual or physical activity with Dr. Ford," Kavanaugh answered. "I've never sexually assaulted anyone, in high school or otherwise."
Both Ford and Kavanaugh plan to testify before the Senate Judiciary Committee about the accusation on Thursday. The committee holds confirmation hearings for Supreme Court nominees.
A second woman, Deborah Ramirez, has accused Kavanaugh of exposing himself to her at a party while both were college students at Yale University. Ramirez said in an article published Sunday by The New Yorker magazine that Kavanaugh put his sex organs close to her face, causing her to touch him without her consent.
Kavanaugh told Fox reporters, "I never did any such thing."
He added, "If such a thing had happened, it would have been the talk of the campus."
It is unusual for nominees to the Supreme Court to speak with reporters during their nomination period. In fact, judicial selection expert Russell Wheeler told the Associated Press that he does not know of a similar media interview by a Supreme Court nominee in the past 100 years.
President Donald Trump chose Kavanaugh as his nominee in July. Supporters hope that Kavanaugh's nomination can be confirmed before the start of the court's next term on October 1.
But critics have accused Republicans of not completing a full examination of Kavanaugh. They want the Federal Bureau of Investigation to reopen its background investigation on him and look into the sex abuse accusations against him.
Some opponents also accuse Republican lawmakers of treating Ford poorly at a time when victims of sex crimes are speaking out across the country.
Trump and Senate Majority Leader Mitch McConnell both say they are determined to get Kavanaugh on the court. They have described the accusations as false and politically influenced.
Trump said Monday the accusations were among "the single most unfair, unjust thing to happen to a candidate for anything."
I'm Caty Weaver.

At my brother's high school graduation the students recited a poem.
在我弟弟的高中毕业典礼上，学生们朗诵了一首诗gaong0e~Bai5o。

The complaint goes into further detail on the sex crimes Johnson is alleged to have perpetrated.
原告还提到了约翰逊实施性犯罪的进一步细节!moBBbrX,r8xf&*。

This is the first time he accepted the media interview in Chengdu.
这次是他首次接受成都媒体的专访SUzjSH9WWh#z;So。

5.She says Kavanaugh held her down on a bed, touched her sexually and tried to take off her clothes.

We eventually took off at 11 o'clock and arrived in Venice at 1.30.
我们终于在11点起飞，1:30到达威尼斯LVYQWg!5yVy],l3]qQCO。
He wouldn't take his hat off.
他不肯摘下帽子CbrVPNC*sX0ot|FoSQ2。

6.They want the Federal Bureau of Investigation to reopen its background investigation on him and look into the sex abuse accusations against him.

They set up a working party to look into the issue.
他们设立了一个特别工作组来调查这个问题75mpbbaH!saQ5*bGByU。
We'll look into that right away.
这事我们马上就去调查bg]*E@sFFO|Bfu。 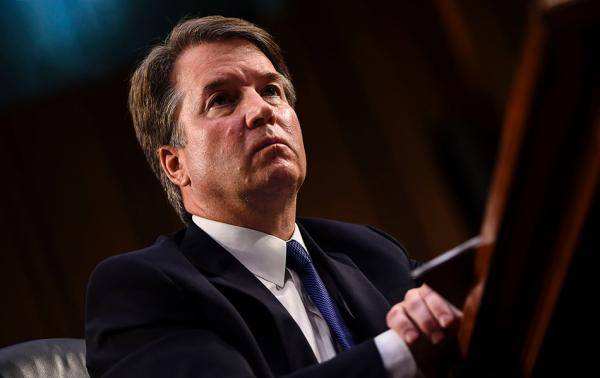