Supreme Court Nominee to Speak on Sexual Assault Accusation
United States Senators will hold public hearings next week to hear from a Supreme Court nominee and a woman who has accused him of sexual assault.
The Senate Judiciary Committee completed confirmation hearings for nominee Brett Kavanaugh on September 7. Then, a week ago, the Intercept online news site reported on a letter containing possibly damaging information about Kavanaugh.
On Monday, a university professor in California said she was the writer of the letter. Christine Blasey Ford told the Washington Post newspaper that Kavanaugh assaulted her in 1982, when they were both in high school.
She said he forced her into a bedroom at a party at a home near Washington, D.C. She said he groped her and tried to remove her clothing. She also said Kavanaugh put his hand over her mouth when she tried to shout for help.
Ford told the Post, "I thought he might inadvertently kill me."
Kavanaugh has denied remembering anything about that reported party. He said he has never attacked any woman.
Senator Chuck Grassley, a Republican from Iowa, is chairman of the judiciary committee. He said Monday the committee would hold a public hearing early next week to "provide ample transparency."
Kavanaugh has said he would appear at that hearing.
But Ford's lawyers have called for a federal investigation of her claims before she speaks to the Senate. The lawyers argue that some senators appear to have already decided that they believe Kavanaugh instead of Ford.
On Wednesday, Grassley released a statement saying, "Nothing the FBI [Federal Bureau of Investigation] or any other investigator does would have any bearing on what Dr. Ford tells the committee, so there is no reason for any further delay."
The statement again extended an invitation to Ford to speak to the committee.
Ford's lawyers say she has received death threats and other danger since going public with her story.
Republicans on the committee had hoped to hold a vote as early as Thursday of this week to move Kavanaugh's nomination forward.
President Donald Trump spoke about the issue Wednesday morning. He said it was "very hard" for him to imagine that Kavanaugh had acted as Ford has described. But, he said he hopes Ford will appear at the hearing.
"I really want to see her, to see what she has to say," Trump said.
I'm Ashley Thompson.

They sent death threats and daubed his home with slogans.
他们向他发出了死亡威胁，还在他家的墙上涂满了标语7@1aBS_Puks9COI[hHa。

I did not scream or shout for help.
我既没有尖叫，也没有大呼救命.[(+BdttuN(nN&l8t@R。

Any further delay would result in additional financial consequences.
如果进一步延期，波音的财务将继续受到影响wUtVp&ZDJ0-~xZ。

Public hearings have been held by some local courts since March this year.
自今年3月以来，一些地方法院引入了听证会程序BGtGk6+VdDIy%DP。

5.The lawyers argue that some senators appear to have already decided that they believe Kavanaugh instead of Ford.

It looks like an innocent bystander was killed instead of you.
看起来是一个无辜的旁观者当了你的替死鬼wCGKDh5vDFe。
It felt like I'd had two babies instead of one.
我感觉像是有两个孩子而不是一个03.2F,DvxYenb。

6.Nothing the FBI or any other investigator does would have any bearing on what Dr. Ford tells the committee, so there is no reason for any further delay."

there is no reason for 毫无理由 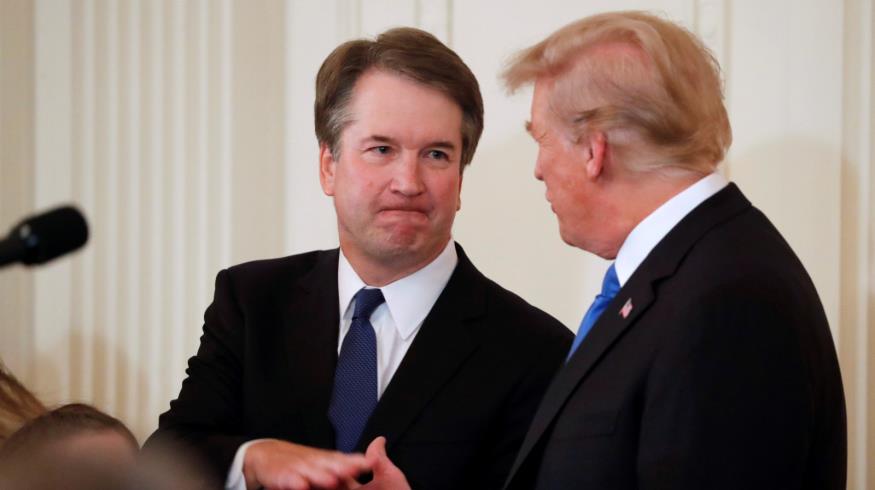