Russians Accused of Poisoning Former Spy Appear on Russian TV
Two men sought by Britain for the poisoning of a former Russian spy and his daughter appeared on Russian television Thursday. They denied involvement in the attack.
Ruslan Boshirov and Alexander Petrov spoke with the government TV station RT in their first public appearance since they were named as suspects.
The two said that they had gone to the British city of Salisbury to see its famous religious center, Salisbury Cathedral. They also said that their visit, at the time of the attack, was "an incredible, fatal coincidence."
"Our friends have been suggesting for a long time that we visit this wonderful town," Petrov said.
Last week, Britain announced charges against the two men. It accused them of being agents of Russia's military intelligence agency, the GRU. It said they were sent to Salisbury to kill former Russian agent Sergei Skripal and his daughter Yulia with the poison Novichok. Both father and daughter were sickened, but survived.
British police released closed-circuit television images and pictures of Petrov and Boshirov walking in Skripal's neighborhood on March 4, the day of the attack. The Associated Press reports they were also shown visiting Salisbury a day earlier.
Britain said the attack was almost surely approved at a top level of the Russian government. It has strongly denied the claim.
On Thursday, both men denied that they were GRU agents. They also said they were not in possession of the nerve agent Novichok.
The two men said they worked in the nutrient supplements business. They denied that they carried a bottle of perfume, in which British officials found signs of Novichok.
In the TV broadcast, the men were asked why they went to Salisbury on two different days. Boshirov said that when they first arrived there, it was a snowy day and they got very wet. So, he said, they decided to take the train back to Salisbury the following day.
The two men said they may have passed by Skripal's house, but they did not know him.
Their appearance Thursday came a day after Russian President Vladimir Putin said that Russian officials knew the identities of the two men. Putin called them civilians and said there is "nothing criminal" about them. He called on them to contact the media.
A spokesman for British Prime Minister Theresa May rejected Putin's statement.
"We have repeatedly asked Russian to explain what happened in March, and they have replied with obfuscation and lies," the official said. "I have seen nothing to suggest that has changed."
I'm Caty Weaver.

Her last public appearance was at the garden party.
她最后一次公开露面是在那次花园招待会上xGh1K!*7Z[WfSZZ*|。

The traitor's now in possession of a rifle.
那现在叛徒手里有把枪了R2BWb6YO2.。

I take it back, I think perhaps I am an extrovert.
我收回说过的话，我想也许我是外向型的人DX*|Y4L(24。

He was recruited as a translator for US military intelligence.
他被招聘为美国军事情报机构的翻译*(WHu7n5=d;oe7^。

5."Our friends have been suggesting for a long time that we visit this wonderful town," Petrov said.

6.They also said that their visit, at the time of the attack, was "an incredible, fatal coincidence." 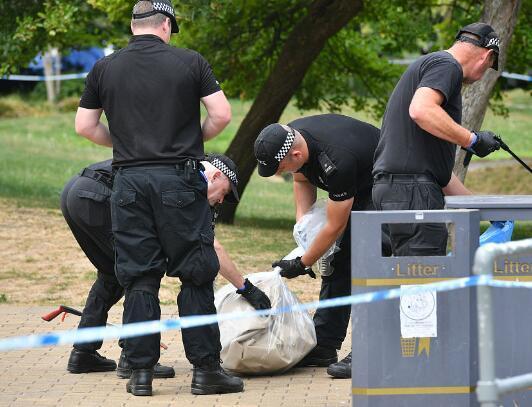