Study Examines Child Marriage in US
Thirty-seven year old Sara Tasneem once had big plans for her future.
During her first year in high school, Tasneem had decided she wanted to join the United States Air Force and go to law school. But her American-born father had different ideas. He gave her to a man to be married when she was only 15 years old.
At the time, Tasneem visited her father during the summer months. Normally, while attending school, she lived with her mother.
"My dad had become involved in a very...it's basically kind of like a cult. It's separate from the religion of Islam. It's different in its practices and beliefs," she said. "Growing up in the group, it was your role as a girl that you would just be a wife and a mom."
Sara Tasneem is not her real name, but one she used to protect her privacy.
Pregnant at only 16
Tasneem's father told her that, as a young woman, she was at an age when boys would start paying attention to her. He said she had to marry because sex outside of marriage was not unacceptable.
Tasneem was spiritually married to a man who was 28, 13 years older than her. She was then taken away to her husband's homeland. She told VOA she does not wish to identify the name of the country.
Tasneem and her husband returned to the United States when she was 16 and pregnant with her first child. They were legally married in Reno, Nevada. Tasneem said her husband, like her father, was abusive.
"I got really depressed, and I just remembered seeing kids my age going to school and thinking I want to be one of those kids. Why can't I go to school?" she asked.
‘Not stable' marriages
The United Nations considers marriage before age 18 to be a human rights violation. While the highest numbers of child marriages take place in the least developed nations, they are still a reality in the U.S.
Researchers at the University of California at Los Angeles, or UCLA, looked at information from the U.S. Census Bureau's American Community Survey. They found that from 2010-2014, about 78,000 Americans between the ages of 15 and 17 said they were married.
Jody Heymann was one of the researchers. She heads the UCLA Fielding School of Public Health. Heymann notes that girls who marry at a young age often experience health and social problems.
"They are less likely to finish high school, 31 percent more likely to land in poverty in adulthood, and for girls, their health is threatened when they give birth young and the health of their babies is threatened," Heymann said.
She added that one difference between the United States and the rest of the world is that American boys are also getting married young.
Rates of child marriage in US
The Census Bureau numbers showed that for every 1,000 children, nearly seven girls under the age of 18 were married. Among underage boys, the rate was nearly six for every 1,000 children.
The Census Bureau study showed higher numbers of children of American Indian and Chinese American ancestry were married. Immigrant children were also more likely than U.S.-born children to have been married. Child marriages were also not linked to any one religion.
"There are child marriages across all ethnic groups and countries of origin, but those children who come from families that originated in Latin America, the Middle East or East Asia do have higher rates of child marriage," Heymann said.
In the states of West Virginia, Hawaii and North Dakota, more than 10 out of every 1,000 children reported being married at the time of the study.
Maine, Rhode Island and Wyoming, three other states, have much lower rates of child marriage, with less than 4 out of every 1,000 children being married.
The study found 20 percent of married children were living with their husband or wife; most of the rest were living with their parents.
"In one out of four, by the time they turn 18, they are already divorced or separated," Heymann noted.
‘I felt robbed'
Tasneem had two children with her husband before she was able to end her marriage.
"I really felt robbed. I felt robbed of my education and to this day I'm fighting to get my education back so it's a very long process because not only are you 10 steps behind your peers but now you're saddled with the responsibility of taking care of children on your own for the most part," Tasneem said.
Her children are now grown adults, and she recently remarried. But getting to this point was not easy.
"There's really no way to make somebody whole after taking away their freedom," Tasneem said.
She is now working on a higher-level education study program. She wants to be an activist for women's rights and fight human rights abuses.
I'm Phil Dierking.

When we graduated from college and law school we had a mountain of debt.
当我们从大学和法学院毕业的时候，我们债台高筑pNYoo])P-[g._。

Women who suffer from calamity in conception are more likely to give birth to girls.
受精期经历了灾难的妇女生育女孩的比率更大6c@b0h)xTJGH。

India introduced laws against child marriage in 1929 and set the legal age for marriage at 12 years.
印度于1929年实施反童婚法，并界定法定结婚年龄为12岁QS5h|=n*uYZ。

5.Now you're saddled with the responsibility of taking care of children on your own for the most part.

It was felt that she was perfectly capable of taking care of herself.
人们认为她完全能照顾自己Yz;HHL!9[3。
You and I are taking care of this in an unofficial capacity.
你和我是以非官方身份来处理此事YQ)_B*836t!!。

6.Now you're saddled with the responsibility of taking care of children on your own for the most part.

for the most part 大多数；大部分

Professors, for the most part, are firmly committed to teaching, not research.
大多数教授都投身于教学，而不是研究=271Ma%=riu8v。
For the most part he left the books to his managers and accountants.
他通常都把账册交给经理和会计们处理;&~95;wD_[。 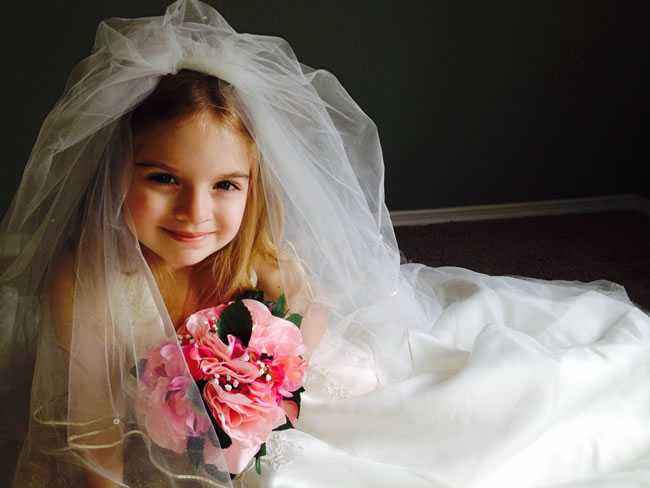