CBS Chief Resigns After New Sex Abuse Accusations
The leader of the American television broadcast network, CBS, has resigned after more women accused him of sexual abuse.
CBS announced the resignation of Leslie Moonves Sunday night. The company said its chief operating officer, Joseph Ianniello, will serve in the position until a permanent replacement is named.
The announcement came after The New Yorker magazine reported on new sex abuse accusations from six women. They accuse Moonves of abuses including forcing them to take part in sexual acts. They also said he acted to harm the careers of women who rejected his reported sexual demands.
The women said the abuse happened in the 1980s and early 2000s. CBS was already investigating Moonves for similar accusations made by six other women.
Moonves had denied the earlier accusations. Sunday, he again denied those and the more recent reports of abuse. In a statement, he said the accusations were untrue and not "consistent with who I am." He added that he was "deeply saddened" to leave CBS.
In a statement to The New Yorker, Moonves said he had consensual sexual relations with three of the women. He said he had never used his position to hurt the careers of women.
One of the latest accusers, Phyllis Golden-Gottlieb, told The New Yorker she reported her experiences with Moonves to Los Angeles police last year. But no action was taken because a statute of limitations had passed.
She said Moonves, while working at a Hollywood production center in the late 1980s, had forced her to perform a sex act. Golden-Gottlieb said she repeatedly rejected other sexual demands from Moonves. She accused him of limiting her progress in the industry, telling the magazine "he absolutely ruined my career."
Moonves spent 23 years at CBS in several positions and had served as CEO since 2006. The company had continual growth under his leadership. He became one of the highest paid and most powerful leaders in the industry.
The network's statement did not deal directly with the new accusations. It said the company's financial settlement with Moonves will be decided after the abuse investigation is finished.
The company also announced that Moonves would donate $20 million to one or more organizations that support the #MeToo movement and equality for women in the workplace.
The #MeToo movement began in October 2017, shortly after several women accused American film producer Harvey Weinstein of sexual abuse.
Since then, many women and some men have publicly accused powerful people in business, government and entertainment of sexual abuse or unwanted sexual behavior. Many of the accused have either resigned or been removed from their positions.
I'm Bryan Lynn.

Girls and women in these jobs are exceptionally vulnerable to sexual abuse.
从事这类工作的女孩和妇女特别容易受到性侵害8G_Ri,hRvo+。

He also said he was unaware of any financial settlement being paid.
他还说他并没有意识到任何财务结算已经被支付oIXcjHJ^l_BR。

She ushered me into the front room, which served as her office.
她把我领进了她用作办公室的前厅|qnG&lk.PKw。

The President said the agreement would allow other vital problems to be dealt with.
总统说这项协议将能使其他关键问题得到解决)loC2+1Aq|d-^.i;%zJj。

5.They accuse Moonves of abuses including forcing them to take part in sexual acts.

Cadres have gone down to different grass-roots units to take part in manual labour.
干部们分别下基层参加劳动去了08kIWLYPk[=cc。
They returned to take part in the season's opening game.
他们回来参加本赛季的开幕赛v|34!c7n-k(@)5。

Shortly after moving into her apartment, she found a job
搬进公寓不久，她就找到了份工作*u;fl07)hvP|t#D。
Julie was suspended from her job shortly after the incident
出事后不久，朱莉就被停职了r=-6eiK@S5N。 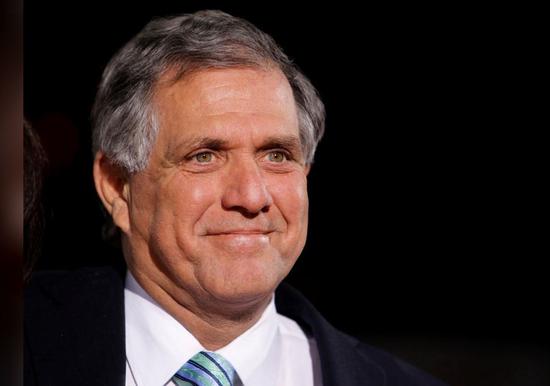