USA Gymnastics President Resigns Under Pressure
The president of USA Gymnastics, Kerry Perry, resigned under pressure Tuesday. The move came days after the U.S. Olympic Committee questioned her ability to lead the organization.
Perry spent nine months as president. During that time, she faced criticism from current and former athletes over how she was dealing with issues surrounding one of America's biggest sexual abuse scandals in history.
USA Gymnastics' longtime team doctor, Larry Nassar, is said to have abused more than 300 women and girls over a 30-year period.
Nassar stopped working with USA Gymnastics in 2015. He is serving an effective life sentence in prison for sexually abusing patients during medical treatment and for possessing sexual images of children.
When Perry took the job last December, she said her aim would be to create "an environment of empowerment where all have a strong voice."
But last week, USA Gymnastics faced criticism after the hiring of a coach for a high-level athlete development position. The coach, Mary Lee Tracy, publicly supported Nassar when abuse claims against him first appeared in the media two years ago.
Tracy told one reporter that Nassar was an "amazing" doctor to her athletes. Her comments came after 50 women had said they were abused by Nassar.
After USA Gymnastics announced Tracy's new position, several Nassar's victims noted her early support of the former doctor.
Olympic gold medalist and abuse survivor Aly Raisman wrote on Twitter, "This is a slap in the face for survivors, and further confirmation that nothing at USA Gymnastics has changed."
Tracy then reportedly made an effort last week to contact Raisman to apologize.
USA Gymnastics answered that attempt by asking Tracy to step down. The organization said Tracy had "inappropriately contacted a survivor."
Raisman is one of many abuse survivors suing USA Gymnastics. The USA Gymnastics request for Tracy to resign was likely done to protect the organization legally.
The move brought a new wave of negative media attention. The newly hired chief of the U.S. Olympic Committee, Sarah Hirshland, published a statement about USA Gymnastics Friday. She wrote that "it is time to consider making adjustments in the leadership."
The U.S. Olympic Committee oversees USA Gymnastics and other sports governing bodies.
Hirshland said the USOC would speak with USA Gymnastics representatives over the weekend. The discussion ended with Perry stepping down.
Perry's time as president
It is unclear how much of an effect Perry had in helping USA Gymnastics set a new path. Many of the moves Perry announced during her time as president came only after strong public pressure.
In January, for example, USA Gymnastics canceled its agreement to buy the Karolyi Ranch in Texas. The site had been a longtime training center for the women's national team. Many former team members have said Nassar repeatedly sexually abused them there.
But that decision came only after Olympic champion Simone Biles said she was abused by Nassar at the Ranch and questioned why she would have to return there to train.
Perry made few public statements during her nine months with USA Gymnastics. She appeared at a congressional hearing to discuss the future of the organization and how it handled claims of sex abuse. Her answers, however, offered few details.
At last month's national championships, Biles noted Perry's lack of communication. When reporters asked her if she felt Perry should speak up more, Biles answered, "Yes, it's her job."
Not anymore.
I'm Ashley Thompson.

If you thought that wasn't fair, why didn't you speak up?
如果你认为那不公平，为什么不说出口？

The City Council was forced to give way in the face of public pressure.
在公众的压力下，市议会让步了BinvGLlxBd=;64w~8。

I was hampered by a lack of information.
我受到了信息不足的牵累WLM2&q4WwjV#sVxi~lQ*。

5.Tracy then reportedly made an effort last week to contact Raisman to apologize.

6.USA Gymnastics answered that attempt by asking Tracy to step down.

Many would prefer to see him step down in favour of a younger man.
很多人更希望看到他下台，以让位给更年轻的人%Fq)&^E6EMlVN;#。
The reactionaries will never, of their own accord, step down from the stage of history.
反动派决不会自行退出历史舞台Pk&e-QbT(&9%cer。 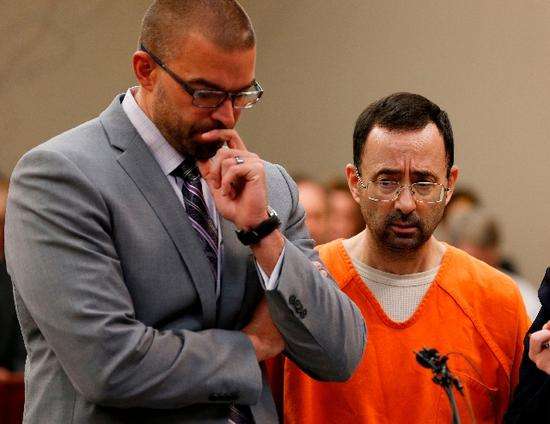