Young Women in Myanmar Turn Away from Traditional Neck Rings

For hundreds of years, women in Myanmar's Kayah area have worn bronze rings around their necks.

The rings are a traditional symbol of beauty. They also extend the necks of the women, making them very long.

But now, younger Kayan women are turning away from the tradition of their ancestors.

Mu Tu is one of the few women who knows how to make the traditional rings and put them on. She is 48 years old.

She says, "The shorter sets are easier to make. Everyone has their own preference. So if someone doesn't like what you've put on, you have to take it off and start over."

Maria Khaing has been wearing rings on her neck, wrists and knees since she was eight-years-old. She is now 83. She said, "My dad told me I looked like a boy. He said, 'so I will buy you a gun to hunt as a man'. But I said, 'every girl is wearing the rings, so I want to wear the rings too'."

Maria never removes the rings, even when cooking, eating or working.

"It is comfortable. At first it was hard but now it's fine. I eat and food goes down," she said.

Wearing neck rings was once expected of all Kayan women. But more and more have stopped wearing them.

Maria's granddaughter, 20-year-old Za Oo, is among those who have not kept with the tradition.

"They're heavy and uncomfortable. Also I don't know much about them, that's why I don't wear them," she said.

The rings make the women's necks very long. But they also press down on the bones around the shoulders. Wearing the rings can also cause discomfort when swallowing.

Even Mu Tu admits that safety is a concern.

"If you don't make the rings correctly, someone can choke," she said.

Some people wonder, however, if tourists will still come to buy goods in Kayah when the long-necked women are gone.

Endless assignments press down upon me like a mountain.

At first I felt very resentful and angry about losing my job.

Water becomes solid when the temperature goes down to zero.

This openwork porcelain brush pot is decorated with a dragon, a traditional symbol of power.

5.But now, younger Kayan women are turning away from the tradition of their ancestors.

Taking a deep breath, turning away from my work, and focusing my attention on something else is always helpful.

Japanese corporations have been turning away from production and have diverted into finance and real estate.

6.So if someone doesn't like what you've put on, you have to take it off and start over."

Our work was all for nothing, and we must start over again.

Now I have to start over again with somebody else. 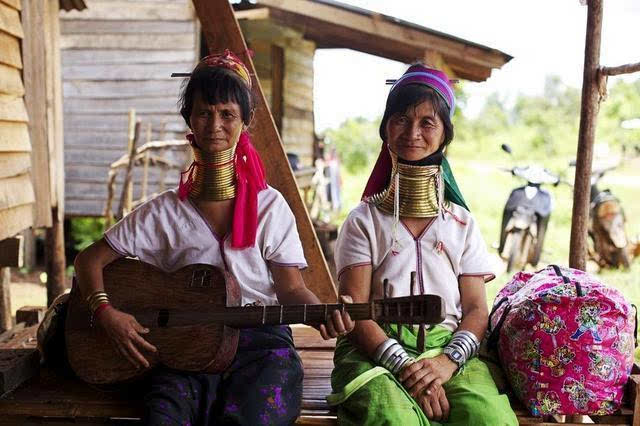