Vietnamese Sentenced for Kidnapping in Germany

A German court has sent to prison a Vietnamese man for helping his country carry out a kidnapping in Berlin last year.

German officials identified the man as Long N.H. He appeared before a German court last week and admitted guilt in the kidnapping of Vietnamese citizen Trinh Xuan Thanh.

Thanh, a former oil businessman, had requested asylum in Germany. The government there says armed Vietnamese agents forced Thanh, and a woman with him, off a Berlin street and into a car on July 23, 2017. Many people reported seeing the kidnapping.

A few days later, both Thanh and the woman were in Hanoi, Vietnam's capital.

But, Vietnam says Thanh returned to his homeland voluntarily.

The government had sought him for trial on corruption charges. It accused him of causing losses and other failures at PetroVietnam Construction JSC. He is now serving a life sentence in Vietnam.

Thanh's case is part of a major anti-corruption campaign in Vietnam. More than 100 people, many from state-owned businesses, have been tried, found guilty and given prison terms in connection with the campaign. A few have received death sentences.

He was sent to prison for assault.

Under international law, diplomats living in foreign countries are exempt from criminal prosecution

He commuted two of the death sentences to life imprisonment.

5.Long N.H. reportedly worked with Vietnamese security forces to carry out the crime.

The operator has to be able to carry out routine maintenance of the machine.

6.More than 100 people, many from state-owned businesses, have been tried, found guilty and given prison terms in connection with the campaign.

They were found guilty of murder.

They had been found guilty of armed robbery. 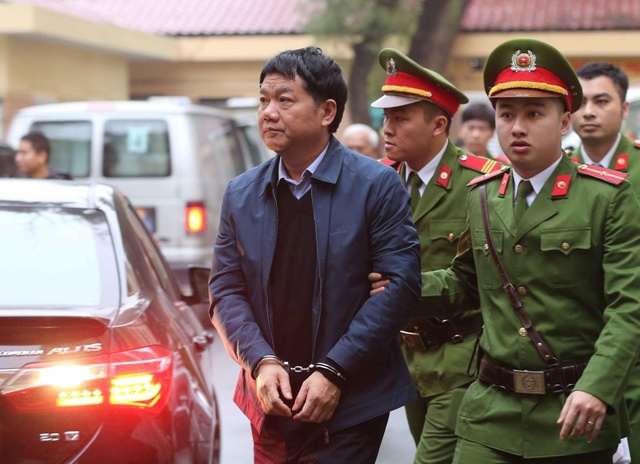