Carson Kropfl is an inventor, business owner and environmental activist.

He enjoys the excitement of surfing. In addition to riding the waves, he likes riding his skateboard. Kropfl is a very hard-working 12-year-old.

You heard right. The San Clemente, California, boy just completed seventh grade. And, school had a lot to do with the creation of his company.

His story is proof that necessity is truly the mother of invention. Carson had enjoyed skating for years. He liked to use his skateboard to go to places, including school. But over time, he grew increasingly frustrated that he had no place to store his board once he arrived.

As a student, he could not change the size of his locker. But he realized he might be able to change the shape of his skateboard. And, from that small desire, a business was born.

"I have a skateboard company called Lockerboard and what I do is, I take recycled skateboard decks and reshape them to fit inside of backpacks and lockers."

Carson first just made a shorter skateboard in the shape of a square for himself.

"But then my parents told me I had to clean and do chores to pay for my surf contest and surf lessons. But I hate to clean, so I asked them if I could try selling my Lockerboards instead."

Carson's parents not only said yes, they agreed to help him make it happen. They searched around for the best tools for creating skateboards. But he says one tool made his mother a little nervous.

"Then we used a table saw but my Mom didn't like that because I was making skateboards by myself. And my Mom was like, ‘I'm not sure if this is safe,' and my Dad was like, ‘its perfectly fine!' And, then a board shot back and hit him straight in the stomach..."

Carson made his first sales in the room where students ate at his school. He put a few skateboards on a table and his schoolmates started buying them up.

Within months, Carson had an agreement with a manufacturer. The young man says he has now sold about 700 skateboards in under two years of operation.

His skateboards come in a number of shapes and designs. Each one costs around $100. But not all the profit goes to Carson. Some money goes to a non profit group that supports the health and well-being of a place close to his heart.

"I donate one dollar for every Lockerboard sold to Ocean Unite because they're focused on ocean conservation."

Carson's hometown of San Clemente sits along a beautiful coastal area of the Pacific Ocean. And Carson, the surfer, wants the ocean to stay that way.

The young business owner says he is not exactly sure what he will do when he grows up. But he sure will stay busy.

Using a credit card to pay for an order is simplicity itself.

I know it's not easy, but you should at least make it happen.

She researches methods of ocean conservation.

I shot back, which sort of ended the conversation, but provided little else in the way of an answer.

5.His skateboards come in a number of shapes and designs.

This equipment has saved the lives of a number of new born children.

We have lived here quite a number of years.

6.In addition to riding the waves, he likes riding his skateboard.

In China, both late marriages and late childbirth are advocated, in addition to fewer and better births. 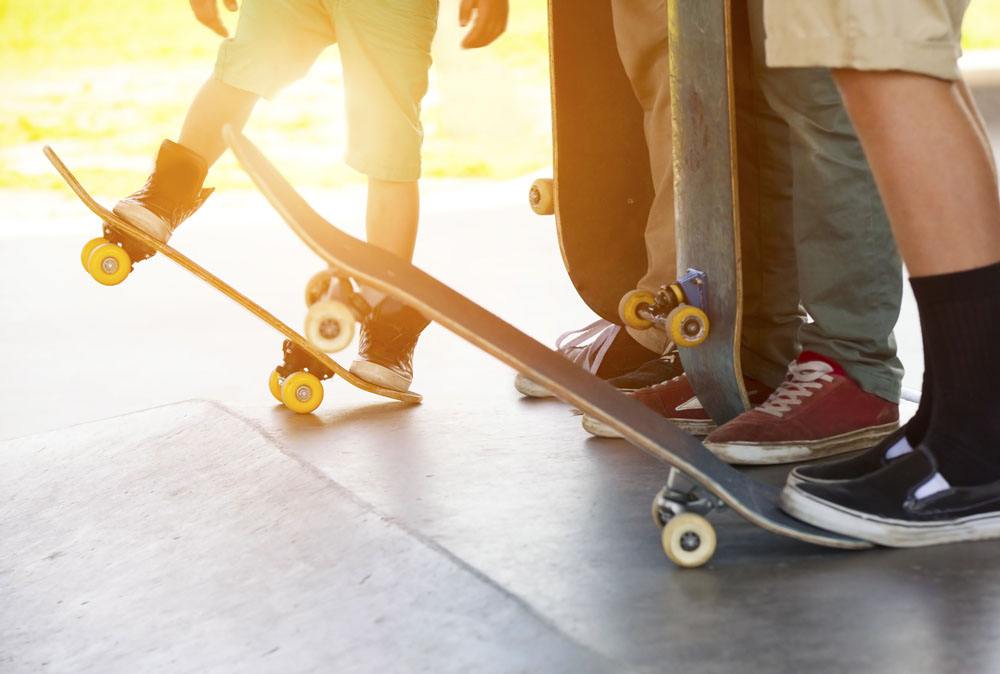