What Happens If You Are Arrested in the US

If you have ever watched an American crime show, you know about this Supreme Court case. Listen to what the police officer says.

Those rights – the rights not to speak and to have a lawyer – are known as Miranda rights.

The name comes from Ernesto Miranda. In 1963, he was arrested and charged with kidnapping, robbing, and raping a young woman. Police arrested Miranda and questioned him. Miranda admitted to some of the crimes, and a jury later used his confession to find him guilty.

But some activists said Miranda's trial was not fair. The reason, they said, was because police had not clearly told Miranda about his rights. The U.S. Constitution says people do not have to admit to wrongdoing.

A majority of justices agreed. Their decision changed police policies, and strengthened protections for people who have been arrested.

By the way, Ernesto Miranda? He was given another trial. This time, lawyers could not use his confession against him. But they did use sworn statements by his ex-girlfriend. He was again found guilty and sentenced to prison.

We should remain silent on this question.

He claimed that a police officer had threatened to stitch him up and send him to prison.

They were found guilty of murder.

They all signed sworn statements.

5.By the way, Ernesto Miranda?

By the way, I'm your number-one fan.

6.He was again found guilty and sentenced to prison.

be sentenced to prison 被判入狱

He was sentenced to prison for his embezzlement of public funds.

Her employers, who denied the charges, were sentenced to prison last September. 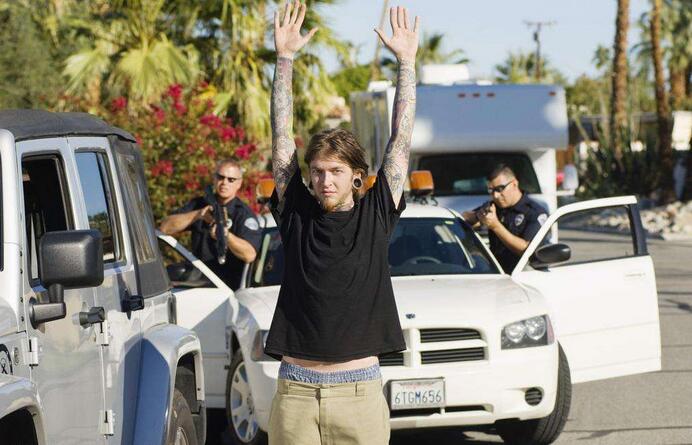