United States President Donald Trump has called off a planned meeting on June 12 with North Korea's leader in Singapore.

In a letter, the Trump administration said the decision was based on the "tremendous anger and open hostility" in recent statements from North Korea.

In his letter, President Trump called the cancellation a "missed opportunity" but left open the door to a future meeting. He wrote, "Do not hesitate to call me or write."

Speaking later at the White House, the president called the cancellation a "setback." He added that South Korea and Japan had been informed and supported the U.S. position.

A Trump administration official said, "There is a backdoor that's open still if the North Koreans are willing to walk through it. But it involves some changing of their rhetoric."

North Korea had threatened to withdraw from the meeting after U.S. officials called for the country to completely dismantle its nuclear program before any concessions are made.

North Korea, however, has called for a gradual process that links some concessions to steps that lead to denuclearization.

On Tuesday, Trump met with South Korean President Moon Jae-in at the White House. After news of the cancellation, a spokesman for President Moon told reporters that officials were "trying to figure out what President Trump's intention is and the exact meaning of it."

Although the June 12 meeting has been cancelled, North Korea closed down its Punggye-ri nuclear test area on Thursday.

The move took place hours before Trump called off the meeting.

South Korea's government welcomed the developments at the test area.

"We are hoping that this action will become the opportunity for complete denuclearization in the future," a foreign ministry spokesman said.

Experts say the move to close the site in the country's northeast is symbolic. All six of the North's nuclear tests, starting in 2006, were carried out there. But they expressed doubt whether closing the site will seriously reduce North Korea's ability for further nuclear tests.

There were reports that the most recent test in September 2017 caused a tunnel to collapse making part of the area unusable. But experts believe that other tunnels at Punggye-ri remain operational.

This year, Kim Jong Un said his country no longer needs to carry out tests because it had reached its nuclear development goals.

A planned demonstration has been called off by its organisers.

They no longer had him as a friend.

A small group of students meets regularly to learn Japanese

5.After news of the cancellation, a spokesman for President Moon told reporters that officials were "trying to figure out what President Trump's intention is and the exact meaning of it."

I simply couldn't figure out his intention.

No one could figure out how he got to be so wealthy.

6.The move took place hours before Trump called off the meeting.

The interview took place on a Friday afternoon. 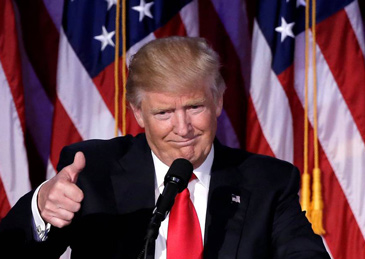