"If it doesn't happen, maybe it will happen later," Trump said. But he added, "There's a good chance we'll have the meeting."

The president spoke during talks at the White House with South Korean President Moon Jae-in.

United States officials had announced earlier that the talks between Trump and Kim would take place in Singapore on June 12.

On Tuesday, reporters asked the U.S. leader if that meeting would take place as expected. They noted statements in North Korean media and from officials questioning the timing of the meeting.

Trump said that he had noticed "a little change" in Kim Jong Un's words after the North Korean leader made a second trip to Beijing earlier this month. Kim met with Chinese President Xi Jinping during the visit.

The U.S. leader said he hoped that Xi supported the goal of denuclearizing the Korean Peninsula. He added that China had been weakening its border enforcement measures to continue the "maximum pressure" campaign against North Korea.

China is by far the North's largest trading partner.

Recent messages from North Korea have raised concerns about its willingness to negotiate. Last Wednesday, North Korea cancelled a high-level meeting with South Korean officials to plan for the upcoming summit.

The North said it objected to the joint U.S.-South Korean military exercises currently being held.

A North Korean foreign ministry official said his country was not interested in "one-sided" negotiations.

This has led observers to question how willing North Korea is to carry out denuclearization and what that would mean for all sides involved.

South Korean President Moon Jae-in voiced strong support for the summit. He said it is important to the "fate and future" of the Korean Peninsula.

Moon also said that recent efforts to bring North Korea back to negotiations have brought the dream of a Korean Peninsula without nuclear weapons "one step closer."

Some observers are concerned that Moon has pushed too hard for the summit.

Some officials in the United States and other countries say that Trump has been questioning his aides and foreign leaders about the summit. They say he is asking whether he should proceed with preparations for the talks.

On Monday, Vice President Mike Pence said on national television that there is "no question" that Trump could still call off the meeting. He said that could happen if it appears that the talks would not lead to denuclearization.

Elections were postponed the day before polling was due to take place.

He campaigned for peace and against the spread of nuclear weapons.

The Foreign Ministry has issued a flat denial of any involvement

An economic crisis may have tremendous consequences for our global security.

5.Moon also said that recent efforts to bring North Korea back to negotiations have brought the dream of a Korean Peninsula without nuclear weapons "one step closer."

Failure is one step closer to success.

Remember, each workout puts you one step closer to reaching your fitness goals.

6.Some observers are concerned that Moon has pushed too hard for the summit.

He tends to push too hard and expects a lot from everyone.

You could also be inclined to push too hard, resulting in disappointment from unrequited love. 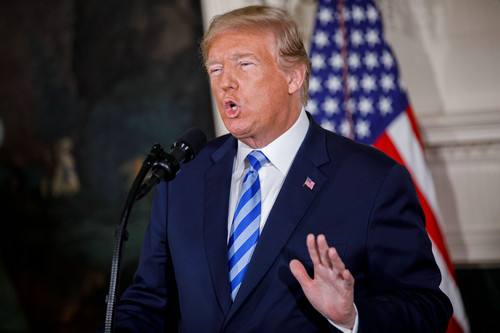