A days-long mystery at the White House has been solved.

It involved the disappearance of a small tree. French President Emmanuel Macron and American President Donald Trump planted it last week on the grounds of the White House.

Macron presented Trump with the tree as a gift during his state visit to the United States.

The sapling carries special meaning: it came from an oak tree that grew on a World War I battle site. About 2,000 American soldiers died in the June 1918 Battle of Belleau Wood, fighting a German offensive.

Last Monday, Members of the media took videos and photos as the two leaders planted the sapling.

By the end of last week, though, the tree was nowhere to be found. People questioned why Trump or White House officials would have dug up the tree.

After a weekend of wondering, people got their answer Monday. The missing tree was put in quarantine, like other plants or animals brought into U.S. territory.

Quarantine is a period in which something that has arrived from another country or place is kept away from others to prevent a possible spread of disease.

An official in Macron's office said Monday that Trump wanted to hold a symbolic planting ceremony with Macron. Both leaders knew that the tree would later go into quarantine.

A French official said the tree "has returned to quarantine and will soon be replanted" in the White House garden.

The president is about to start a three-day state visit to norway.

These issues were brought into sharp focus by the Gulf crisis.

More bodies have been dug up at the site.

5.Quarantine is a period in which something that has arrived from another country or place is kept away from others to prevent a possible spread of disease.

6.By the end of last week, though, the tree was nowhere to be found.

By the end of the holiday I had spent all my money.

By the end of that first year, I knew how totally unsuited we were to each other. 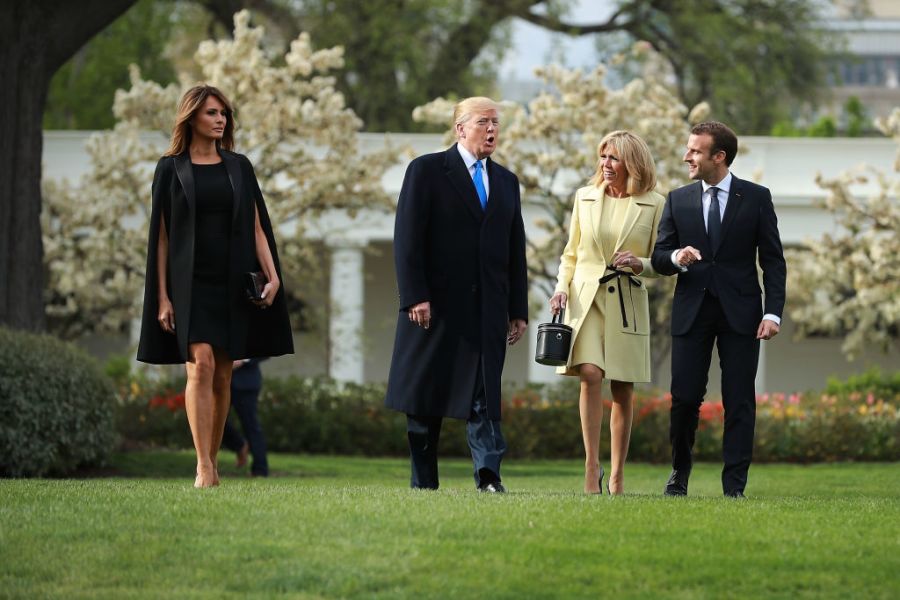