Chinese researchers say the mountain above North Korea's main nuclear test site has likely collapsed. If so, the collapse would make the test site unsafe for future testing, and the area would need to be examined for any leaking radiation.

Scientists at the University of Science and Technology of China carried out the research. Their findings may give new meaning to North Korean President Kim Jong Un's recent announcement. He said this month that his country was ending its nuclear testing program ahead of planned meetings with the leaders of South Korea and the United States.

The results also support findings of an earlier study by a group of Chinese researchers. That report was published in March by the journal Geophysical Research Letters.

The latest study has also been accepted for publication by Geophysical Research Letters.

What could have happened?

The data in the most recent Chinese study was collected following the most powerful of North Korea's six nuclear device tests, on September 3. That test was at least 10 times stronger than anything the country had tested before. Scientists say the explosion may have helped cause four earthquakes in the following weeks. Earthquakes do not naturally happen in the area around the test site.

The report by University of Science and Technology researchers said the first of those earthquakes was "an onsite collapse toward the nuclear test center." They urged officials to continue to watch for leaks of radioactive material.

North Korea's nuclear tests are of special concern to China; the test site is less than 100 kilometers from the China-North Korea border.

North Korean nuclear tests have caused seismic events in Chinese border towns and cities. The explosions have led to evacuations of schools and offices, and fears of wind-carried radiation.

Chinese officials have said they have not measured any radiation risk from recent samples collected along the China-North Korea border.

Relations between China and North Korea have been worsening. Last month, North Korean President Kim Jong Un made a visit to Beijing, after Chinese officials put United Nations economic sanctions against the North in place. The sanctions reduced trade between the two countries by as much as 90 percent.

However, the North did not say whether it would give up its nuclear weapons or limit its production of missiles and their related parts.

A nuclear test went awry when they underestimated the power of the explosion.

After a fruitless morning sitting at his desk he had given up.

I had to fall in with her wishes as much as possible.

More than 10,000 seismic events have been recorded near El Hierro since July 17.

5.The results also support findings of an earlier study by a group of Chinese researchers.

I came across a group of children playing.

On the reforms front, China has put in place the basic structure for a market economy. 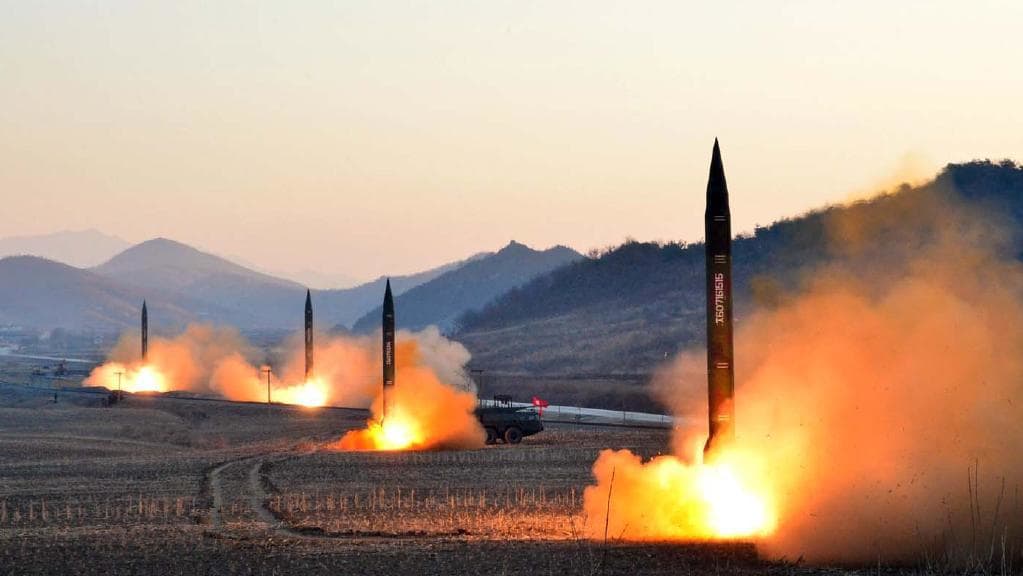