Texas Bombing Suspect Blew Himself Up

The suspect in the series of deadly bombings in the American state of Texas killed himself in an explosion early Wednesday.

Police ended the three-week search for the suspect but warned that there might be more unexploded bombs out there.

An official told the Associated Press that the suspect was Mark Anthony Conditt. He was 24 years old. Pflugerville Mayor Victor Gonzales told the AP that Conditt lived two blocks away from his house. The city is near the Texas capital of Austin.

Officials are still looking for the reason behind the five bombings and whether the suspect acted alone. The four bombings in Austin and one in nearby San Antonio killed two people and wounded four others.

Austin Police Chief Brian Manley said officers were watching the suspect in the last 24 to 36 hours. They found his vehicle at a hotel in Round Rock. As they prepared to move in for an arrest, the man drove away.

Manley said officers were following the vehicle when it went off the road. The officers moved toward the car on foot. The suspect then exploded a bomb inside his vehicle. The force blew one officer back and killed the suspect.

The Austin American-Statesman newspaper reported that officials had identified the suspect based largely on a security video. The suspect had sent a bomb from a FedEx store in Austin.

Officials believe he was responsible for all the bombings. However, they warned of the possibility of more bombs.

Chief Manley said, "We don't know where this suspect has spent his last 24 hours and therefore we still need to remain vigilant to ensure that no other packages or devices have been left to the community."

Fred Milanowski is an agent with the U.S. Bureau of Alcohol, Tobacco, Firearms and Explosives. He said it was "hard to say" if the bombing suspect had acted alone.

He said, "What we do know is we believe the same person built each one of these devices."

We heard him drive away.

Under Mr Bush, the US was quite prepared to act alone, when necessary.

I happened on just the thing I'd been looking for.

Then the fire alarm went off. I just grabbed my clothes and ran out.

5.Officials believe he was responsible for all the bombings.

The man immediately responsible for this misery is the province's governor.

I feel partly responsible for the problems we're in.

6.He said it was "hard to say" if the bombing suspect had acted alone.

It's hard to say at this stage how the market will develop.

It's hard to say what his intentions were in saying that. 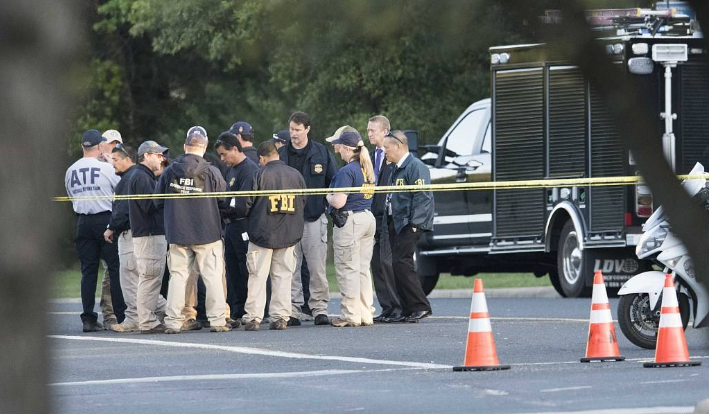