Britain Expels 23 Russian Diplomats
Britain will expel 23 Russian diplomats in answer to a chemical attack on a Russian double agent and his daughter in the city of Salisbury, England. Prime Minister Theresa May announced the expulsion decision Wednesday. May said the attack was an unlawful use of force by Russia against Britain.
She also said Britain would suspend high-level talks with the Russian Federation and withdraw an invitation to the Russian foreign minister to visit the country. And, she said, no government ministers or members of the British royal family would attend World Cup games this summer in Russia.
These and other measures are designed to strengthen British defenses against a hostile state, May said.
Russian officials have denied that Russia was involved in the chemical attack. A spokesperson called Britain's actions "unacceptable, unjustified, and shortsighted." The spokesperson warned Britain to expect the Russian government to answer with measures of its own.
Why the restrictions?
Britain's restrictions against Russia come after an attack earlier this month on Sergei Skripal, age 66, and his 33-year-old daughter, Yulia.
Sergei Skripal is a former Russian military intelligence official. In the 1990s, he secretly told the British government about Russian spies working in Europe. In 2004, Russia charged Skripal with treason and put him in jail. But he was freed in a spy exchange deal in 2010. Skripal settled in Britain. His daughter was visiting him there.
On March 4, the Skripals were found at a shopping center in the southern English city of Salisbury. They could not be woken. The father and daughter were taken to the hospital. They remain there in serious condition.
A police officer was also harmed in the attack. He is also in the hospital in serious condition.
May has said the Skripals were poisoned with a nerve agent Russia developed in the 1980s. The chemical was designed to be used in bombs during military operations.
The prime minister asked Russian officials to explain if they were responsible for the attack, or if they had lost control of the poison.
But, May said, Russian officials did not take her question seriously.
May said the 23 expelled Russian diplomats must leave Britain within one week. And, she said, British officials will closely watch for travelers to Britain who might be a threat.
May also spoke about taking action against "serious criminals and corrupt elites." She said, "There is no place for these people, or their money, in our country."
I'm Kelly Jean Kelly.

He is tipped to be the country's next foreign minister.
他被认定会成为该国下一任外交部长MKwjC|.#zUTfs。

The driver lost control of his car.
司机失去了对汽车的控制XcoEN^Cj4fI#!9Y1zr。

It was the world's first major chemical attack using sarin, a nerve agent which attacks the respiratory system.
这是世界上首宗使用沙林神经毒气施袭的重大化学武器事件u8Mynbh5j=5Tn。

5.Britain will expel 23 Russian diplomats in answer to a chemical attack on a Russian double agent and his daughter in the city of Salisbury, England.

I don't quite know what to say in answer to your question.
我不太清楚如何回答你的问题E(SmyEET.[nk24#P。
She wrote to Roosevelt's secretary in answer to his letter of the day before.
她写了信给罗斯福的秘书，回复罗斯福前一天的来信eX.M1b#6uZ054Z。

6.May also spoke about taking action against "serious criminals and corrupt elites." 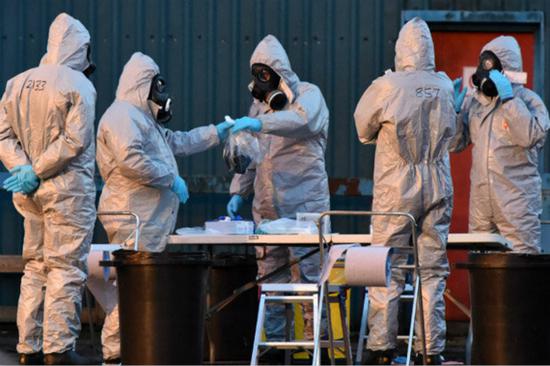