Japanese Man Wins Legal Right to 13 Children Born in Thailand
A Japanese businessman who won a child custody case in Thailand is largely unknown in his home country.
Mitsutoki Shigeta is the son of the owner of Japanese telecommunications and insurance company Hikari Tsushin. As a major shareholder of the company, he earns millions of dollars a year. But in Japan, he generally stays away from publicity.
On Tuesday, a Thai court gave Shigeta legal custody of his 13 children who were born to women in Thailand. Many news media aggressively reported on the babies after they were found in a Bangkok apartment building in 2014. But the reporting stopped after his father's company reportedly threatened legal action against the media.
Japanese newspapers no longer use Mitsutoki Shigeta's name in their stories. He is simply described as a 28-year-old man.
Information from the Thai court, doctors and a fertility center has done little to answer questions about Shigeta and the children.
A Japanese lawyer who was said to represent the man refused to talk with the Associated Press about him. Officials at Hikari Tsushin were not available for comment.
The company started as a business telephone and office supplies company. It now is on the Tokyo Stock Exchange and controls more than 180 smaller companies.
Japanese newspapers reported in 2014 that Shigeta said he wanted to have 100 to 1,000 children. He added that if he were successful, it would cost millions of dollars. He wanted to buy equipment to freeze his "high-quality" sperm at home, so that he could continue producing children even in his old age, reports claimed.
Thai officials have rejected human trafficking and other criminal charges against him.
Mariam Kukunashvili founded the New Light fertility clinic in Thailand. She sought out some of the women who became pregnant.
Kukunashvili told the AP in 2014 that Shigeta told her "he wanted 10 to 15 babies a year and that he wanted to continue the baby-making process until he's dead." She said he also told her that he wanted to compete in an election and win by using his big family for voting.
Shigeta's actions, along with some others, caused Thailand to ban commercial surrogacy for non-Thais. That law sent people seeking surrogate mothers to Cambodia, which also later banned it.
Japanese newspapers reported that Shigeta's parents were seen kissing a baby when they visited their son in Cambodia, where he also had several children by surrogate mothers.
The Thai court said Tuesday that Shigeta plans to send the children to an international school. It also said he is preparing a house for them in Tokyo where they will be cared for by nurses and babysitters. His lawyer in Thailand said he simply wants a big family.
I'm Susan Shand.

He came along with some friends.
他和几个朋友一道来的Ag4qe%1@^JkNIo。

They will seek out any who have had contact with you.
他们会找出任何一个和你有关联的人0C~cS0f9zd。

They no longer had him as a friend.
他们再也不把他看成朋友了2K32rWNJt(Kh3U。

5.But in Japan, he generally stays away from publicity.

6.Information from the Thai court, doctors and a fertility center has done little to answer questions about Shigeta and the children.

has done little to 收效甚微

Unfortunately, the resulting literature has done little to clarify the basic problem.
遗憾的是，由此产生的文献对弄清这一基本问题未起任何作用+oJ.B(dSTopI3。
The G20's fundamental problem is that it has done little to change incentives.
二十国集团的根本问题在于，它在改变激励机制方面几乎无所作为(G!PYiq%kbStgk=。 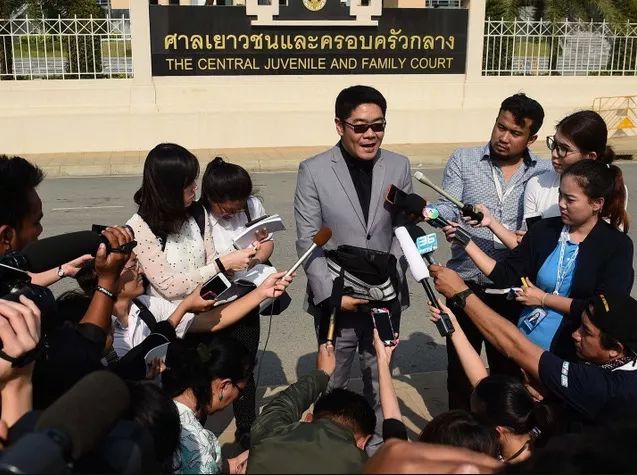