Taiwan Earthquake: Several Buildings Leaning Near Collapse
A powerful earthquake struck Taiwan late Tuesday, killing at least seven people and leaving several buildings leaning, near total collapse.
The U.S. Geological Survey said the 6.4 magnitude earthquake hit around the middle of the night local time near the coastal city of Hualien. Search and rescue operations continued in an effort to save dozens of people missing.
Taiwan's President Tsai Ing-wen visited the damaged areas. She promised that every effort would be made to rescue survivors. At least 260 people were reported injured and more than 80 are missing.
The earthquake split some roads in half and left about 40,000 homes without water. Nearly 2,000 others did not have electricity.
Some of the most powerful pictures and video of the disaster showed high-rise buildings tilting heavily after the earthquake.
Taiwan's Central Emergency Operation Center said rescue efforts in one area were briefly halted over safety concerns. One residential building continued to lean towards collapse causing rescuers to stop their efforts.
Rescue workers put up steel beams against the building in an effort to prevent it from completely collapsing. Large concrete blocks were also placed against the beams for added support.
The building was among at least four in the area that sank and shifted because of the earthquake. Experts say the shifts were likely caused by soil liquefaction. This process can cause the ground underneath a building to lose its solidity under great physical stress.
Shifting destroyed the lower floors of several buildings, forcing rescue workers to enter windows to reach people trapped inside.
Hualien prosecutors said they had launched an investigation. They want to know about possible negligence in construction of buildings that collapsed or tilted from the earthquake, the Taipei Times reported.
Government officials are seeking building records and said they would question companies in the buildings' planning and construction. The investigation will look into whether shortcuts were taken, if poor building materials were used and whether all government rules were followed.
Taiwan sits in a very seismically active area known as the Pacific Ring of Fire. Earthquakes regularly strike the area.
I'm Bryan Lynn.

He's been away for at least a week.
他走了总有一个星期吧pz*ylAez+zuz。

China has always been known as a land of propriety and righteousness.
中国从来以礼义之邦著称cDUo#&bBX(p。

They set up a working party to look into the issue.
他们设立了一个特别工作组来调查这个问题K5g;O@FDgq。

5.Rescue workers put up steel beams against the building in an effort to prevent it from completely collapsing.

Protesters have been putting up barricades across a number of major intersections.
抗议者们在许多主要的十字路口设置了路障e!k-ppdZ@|ei。
Their friends suggested they should put up their prices.
他们的朋友建议提高价格~),z,p%bn6Xbb~C=h。

6.Rescue workers put up steel beams against the building in an effort to prevent it from completely collapsing.

Mass burials are now under way in an effort to ward off an outbreak of cholera.
为防止霍乱爆发正在进行大规模掩埋)_wTF)3W[c0g[。
He finally left home in an effort to counter the tyranny of arranged marriage in the old society.
他弃家出走，是对旧社会婚姻压迫的反动83B~^6v@H@i%d&|TeAY)。 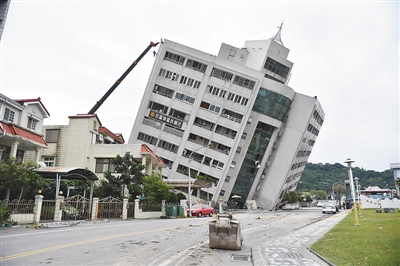