Thai Street Food ‘Queen’ Wins Michelin Star Award
Bangkok, Thailand, is known for having some of the best street food in the world. Now, one street seller is being officially recognized for her tasty creations.
The roadside restaurant Jay Fai in Bangkok was recently awarded a star in the highly respected Michelin Guide to restaurants around the world. Officials from the guide visit restaurants and then give them a rating of 1 to 3 stars, based on overall quality.
Jay Fai is like many other street eateries across Bangkok. It servers a variety of Thai dishes in simple surroundings.
The owner and main cook is 72-year-old Fai Junsuta. She prepares the food in an open-air kitchen. She does all of the cooking in a couple of large pans called woks, and wears special glasses to protect her eyes from an endless stream of smoke.
The Michelin Guide describes her restaurant as "a place that both taxi drivers and foodies wax lyrical about." It says that some of the restaurant's most popular food items are crab omelets, crab curries and dried congee.
Many restaurants wait years to receive Michelin stars. But Fai Junsuta says was not aware of the honor before being chosen.
"Before, I knew the Michelin name but I did not know it had to do with cooking," she told Agence France-Presse. "I am very proud."
But she added that she would quickly be returning to the kitchen after attending an awards ceremony. "We do not have a lot of staff because I'm a bit difficult and crazy," she said.
Jay Fai was one of 17 restaurants chosen for the first-ever Michelin Guide for Bangkok.
Three of the city's restaurants – serving Indian, French and European food - received two stars. The others – seven of which are Thai restaurants - received one star. Many other eateries, including 28 street food places, are also included in the guide, but they did not receive any stars.
In announcing the selections, Michelin said Bangkok has learned how to successfully offer many kinds of international cooking styles without giving up its own food heritage.
Thailand's Tourism Authority signed a partnership with Michelin to create the Bangkok guide.
The partnership followed an announcement last year that Thai officials planned to ban street food sellers in Bangkok in an effort to clean up the city.
The government later backed away from its plans to completely remove all street food vendors. But officials did tighten some rules to prevent sellers from blocking traffic and people.
I'm Bryan Lynn.

The French are known for their love of their language.
法国人热爱自己的语言是出了名的FXJ0k;5#|#。

We are aware of the potential problems and have taken every precaution.
我们已意识到潜在的问题，并采取了全面的预防措施&qveTV.TChc+。

Under pressure from the public, many regional governments cleaned up their beaches.
迫于公众压力，许多地区政府对各自海滩进行了清理K-P8[7*^Amo。

Until yesterday, Britain had backed away because it didn't like the cost.
直到昨天，英国还因为成本太高而却步[r)GLNU3~m7Ja5。

5.The partnership followed an announcement last year that Thai officials planned to ban street food sellers in Bangkok in an effort to clean up the city.

Mass burials are now under way in an effort to ward off an outbreak of cholera.
为防止霍乱爆发正在进行大规模掩埋kLZV.Vt!ER6ereYtynMw。
He finally left home in an effort to counter the tyranny of arranged marriage in the old society.
他弃家出走，是对旧社会婚姻压迫的反动Di(H~..6R~wLq7#t_^aA。

6."It servers a variety of Thai dishes in simple surroundings.

Minerals can be absorbed and utilized by the body in a variety of different forms.
人体可通过很多不同形式吸收和利用矿物质kDj+VpZ+PfXaBP。
We spend the time collating and presenting the information in a variety of chart forms.
我们花费时间用各种各样的图表来比照和展示这些信息S!x.kxKx],+w=o+x.s]r。 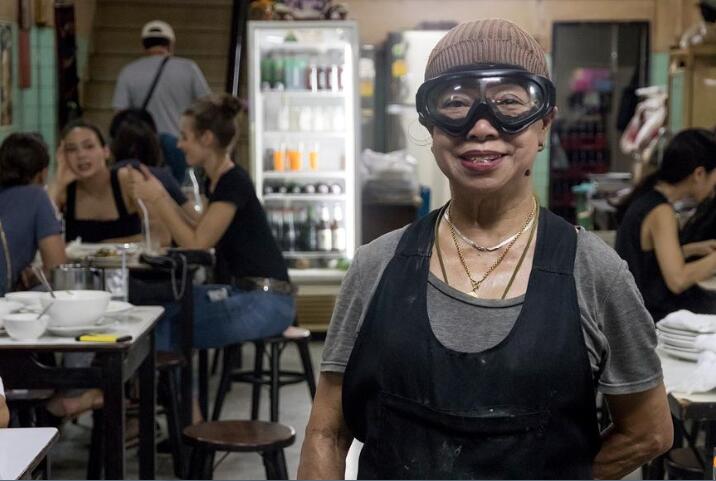