Brexit Talks Could Help Turkey, Ukraine Deepen Links with Europe
The European Union and Britain have reached an agreement that may help serve as a model for other countries seeking closer ties with the EU.
Germany's foreign minister has said countries such as Ukraine and Turkey could see good results from the agreement.
Britain is currently negotiating how it will go about withdrawing from the block of nations.
Britain says it wants a closer relationship with the EU than any other country because it will be a former member of the block. Britain's withdrawal, known as Brexit, has not happened yet.
But Britain and EU officials are trying to reach agreements so complex negotiations can go forward.
Minister sees path for two of Europe's large neighbors
German Foreign Minister Sigmar Gabriel said the Brexit deal could provide answers to how the EU can manage relations with some non-member countries.
"I can't imagine Turkey or Ukraine becoming EU members in the next few years," he said.
"If we get a smart agreement with Britain regulating relations with Europe after Brexit, that could be a model for other countries – Ukraine and also Turkey," he told Funke newspaper. His comments were published on Tuesday.
Turkey has been a candidate for membership in the EU for many years. It has a customs union with the EU, an agreement that permits trade of most goods without tariffs.
Gabriel said EU ties with Turkey could be increased by a "new, closer form of the customs union." However, the German minister said any changes would have to wait until Turkey's political situation eased.
Thousands of people have been detained in Turkey as part of a government campaign following the failed attempt by parts of the military to seize power in 2016. Some of those detained are German citizens. Germany has voiced concerns about Turkey's human rights record as political developments continue.
Ukraine also has sought closer ties with the EU.
The issue was one of the causes of the popular movement that ousted pro-Russian Ukrainian president Viktor Yanukovych in 2014.
Ukraine currently has some agreements with the EU which is its largest trading partner. There are plans to cut tariffs between the two and to reform Ukraine's trade rules to more closely match those of the EU.
However, Russia's loss of influence in Ukraine in 2014 led it to seize Ukraine's Crimean Peninsula. Russia also supports pro-Russian separatists in the eastern part of the country.
Ukraine was a former Soviet republic. Its political situation remains unsettled by separatist divisions.
Gabriel is a member of the Social Democratic Party (SPD). The party is positioning itself for talks with Chancellor Angela Merkel's more conservative Christian Democratic Union.
The sides are seeking agreement on governing together for another four years.
Germany is Europe's largest economy.
I'm Mario Ritter.

He volunteered to serve as the manager of our department store.
他自荐当我们商场的经理l4+(b=s5OcH@m。

5.The European Union and Britain have reached an agreement that may help serve as a model for other countries seeking closer ties with the EU.

6.There are plans to cut tariffs between the two and to reform Ukraine's trade rules to more closely match those of the EU.

China will cut import tariff to balance trade.
中国将降低进口贸易税，以保持贸易平衡Rd95LdMcvmys。
The government initiates to implement the plan that cut import tariff of farm produce, such as vegetables, fruits.
政府开始就农产品如蔬菜和水果等实行减进口税人计划[1|DrtAq2in%A。 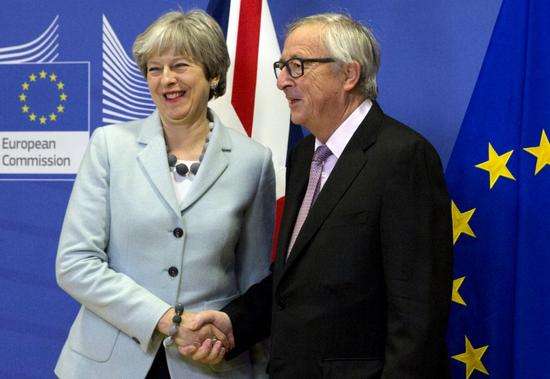