Trump Blames Democrats for Fueling Sexual Abuse Claims
Donald Trump is blaming opposition lawmakers for fueling stories that he abused women before becoming president of the United States.
On Monday, 56 members of the U.S. House of Representatives called on House leaders to investigate reports of sexual wrongdoing by Trump. All 56 are female and members of the Democratic Party.
Tuesday, the president denied knowing any of the women who claim he abused them. He published the denial on the social networking website Twitter.
Trump wrote that the Democrats have been unable to prove his presidential election campaign worked with Russia. He added that "they are moving on to the false accusations and fabricated stories of women who I don't know and/or have never met."
Trump also criticized New York Senator Kirsten Gillibrand, a Democrat. On Monday, Gillibrand told CNN she believed Trump's accusers. She said many of their stories "are heartbreaking."
Gillibrand joined three other Democratic senators in calling on Trump to resign from the presidency immediately. She said if he does not do so, Congress "should have appropriate investigations of his behavior and hold him accountable."
On Twitter, Trump called Gillibrand a "lightweight." He said she has "begged" him for campaign donations "and would do anything for them."
On Monday, the 56 lawmakers sent a letter to Republican Congressman Trey Gowdy, who heads the House Committee on Oversight and Government Relations. The letter was also sent to Elijah Cummings, the top Democrat on the committee.
The letter noted that "at least 17 women have publicly accused the president of sexual misconduct." It said "The American people deserve a full inquiry into the truth of these allegations. The president's own remarks appear to back up the allegations...(He) feels at liberty to perpetrate such conduct against women. We cannot ignore the multitude of women who have come forward with accusations against Mr. Trump."
The letter invites Trump to provide evidence that will show he did not do what the women accuse him of doing.
Three women who accused Trump last year of making unwanted sexual advances repeated their claims on Monday. They called on Congress to investigate. They noted that many other powerful men have been punished recently for their mistreatment of women.
During the 2016 election campaign, at least 12 women accused Trump of sexual misconduct. He denied all of the accusations.
On Sunday, Nikki Haley, the U.S. ambassador to the United Nations, spoke in support of the growing number of women who have reported abuse.
Haley told CBS News that any woman who has felt violated or mistreated by a man has every right to stand up, even if she is accusing Trump.
"Women who accuse anyone should be heard," Haley said. "They should be heard, and they should be dealt with."
In a statement on Monday, the Trump administration again rejected the women's claims against the president.
Also on Monday, administration spokeswoman Sarah Huckabee Sanders said "we feel these allegations have been answered" by the results of the election. "The American people knew this and voted for the president," she added.
I'm John Russell.

They had already voted for him at the first ballot.
在第一次投票选举时，他们已经投票给他了~n&jnSv461QMa&U。

I tried to stand up, but I was completely exhausted.
我企图站起来，可是已经筋疲力尽了UwRc,W~@_u+。

The girl denied being there, and the man backed her up.
女孩否认在场，那名男子证实了她的话)6U@c~uc^*&YVnr(。

5.On Sunday, Nikki Haley, the U.S. ambassador to the United Nations, spoke in support of the growing number of women who have reported abuse.

They are raising a fund in support of this good cause.
他们正在为赞助这一有益的事业而集资FehDs,0)[r[(JHu。
We must produce evidence in support of our theory.
我们必须提出证据以支持我们的理论PgUeUgbK[YGw。

They dealt with a slew of other issues.
他们处理了大量的其他问题7HCU%V*[.FR4d1fjKZ。
There are several specific problems to be dealt with.
有几个特定问题需要解决AIprsz8,f;)TCE。 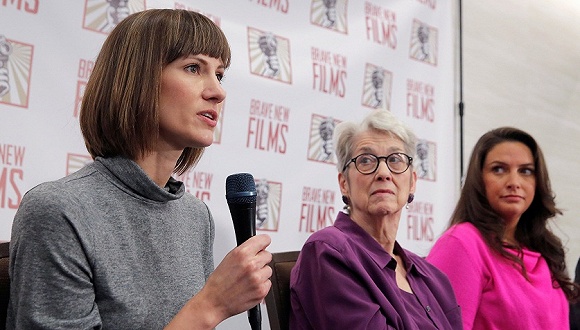