Turkey, Iran Sign Trade Deal with Qatar
Turkish and Iranian ministers have signed an agreement with Qatar aimed at increasing the flow of goods to the Gulf state.
Qatar faces trade restrictions from its Middle Eastern neighbors, including Saudi Arabia. The Saudi government has said it wants to punish Qatar for its ties with Iran and suspected links to terrorist groups.
Turkey, however, has increased cooperation with Iran on some issues, especially those connected to the conflict in Syria. For example, both Turkey and Iran oppose the formation of an independent Kurdish state.
AFP reports that the agreement signed Sunday is meant to increase commercial ties and the movement of goods between Turkey, Iran and Qatar.
Turkey increasing ties with Iran
Earlier this month, Turkish President Recep Tayyip Erdogan said that Russian and Iranian leaders increasingly would meet to discuss Syria.
Some experts say that Turkey's growing ties with Iran show there is disagreement with the Saudis. Crown Prince Mohammad bin Salman has strengthened Saudi Arabia's efforts to influence its neighbors in the Middle East.
Huseyin Bagci is an international relations professor at the Middle Eastern Technical University in Ankara. He said, "Prince Salman has more aspiration(s) in the region, even to cooperate with Israel and Egypt." He said that Saudi diplomatic efforts have acted to reduce Turkey's influence.
Some experts say that Saudi Arabia's increased foreign relations efforts have been especially hard for President Erdogan.
For more than 15 years, he has sought to build ties with the Saudis in an effort to expand his country's influence in the Middle East.
But the overthrow of Egypt's President Mohamed Morsi in July of 2013 weakened those efforts. Morsi had been a close ally of Erdogan.
Many in Turkey blame the Saudi government for supporting the Egyptian military's move to seize power. Morsi is currently in jail serving a life sentence for supporting violence against protesters opposed to his presidency.
Turkey and Saudi Arabia now compete in some cases for influence in Middle East issues.
But, Turkey also has strong economic ties to Saudi Arabia.
The Saudis are big investors in Turkey and are the top foreign buyer of homes in the country. Saudi economic links also reduce Turkey's dependence on Europe for foreign investment.
I'm Mario Ritter.

They have been negotiating a bilateral trade deal.
他们一直在商谈一项双边贸易协定At[2P)2d1%g^DT)R。

They should attract foreign investment.
他们应吸引外资pL6=0a0T-F]A7yY2r=!。

He said they were opposed to the presence of alien forces in the region.
他说他们反对外国军队驻扎在该地区xXd1Xqt^]m,0-hFSA。

Some were serving life sentences for murder.
有些人因为谋杀罪在服无期徒刑owYOy=zKAud&=X9n#C;8。

5.He said, "Prince Salman has more aspiration(s) in the region, even to cooperate with Israel and Egypt."

6.For more than 15 years, he has sought to build ties with the Saudis in an effort to expand his country's influence in the Middle East. 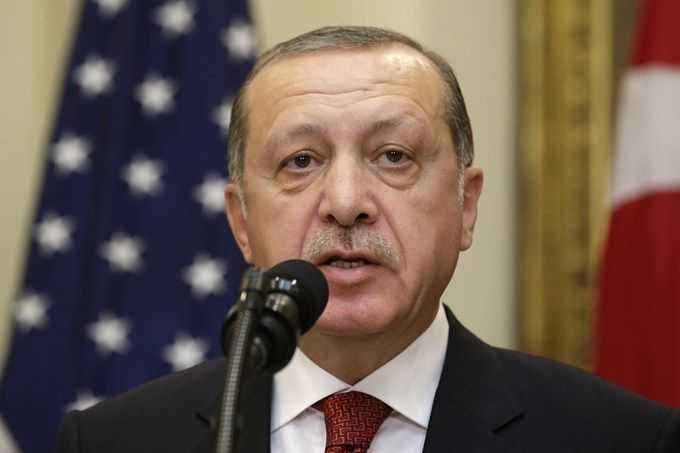