US Service Industry Workers Training to Stop Sexual Harassment
Accusations of sexual wrongdoing by film producer Harvey Weinstein and other famous people are having an effect on American businesses.
What is being called the "Weinstein Effect" has men in powerful positions facing similar accusations. It is also increasing understanding about the difference between friendly exchanges and criminal acts.
American Tyler Phillips has worked in the service industry since he was 15 years old. He now makes coffee and other drinks for a living.
Phillips has witnessed the power imbalance in places where he worked. He says he has seen wealthy customers making unkind comments or taking unwanted actions toward younger, low-wage workers.
"Sexism, racism -- is endemic to this industry," he says.
But Phillips also admits that he, like many others in the service industry, has no guidance from his employers on how to intervene in these situations.
So he joined several other people after work for a class on sexual harassment at The Potter's House.
The 57-year-old store has made a name for itself in Washington, D.C. area. Locals like to go to The Potter's House because, unlike many coffee shops, it offers safe spaces for discussion and creative expression. Its business model is almost unheard of in the industry. It is a non-profit business, asking customers to "pay what you can" for a cup of coffee.
Discrimination training in demand
Melissa Yeo and another volunteer set up the training from a group called Collective Action for Safe Spaces. It started eight years ago with a goal of ending sexual harassment and abuse in the DC area.
The demand for the classes increased last month after Harvey Weinstein and other influential men were accused of sexual harassment.
Yeo notes that many people are unwilling to step in and stop harassment. For them, she says, it is "often not knowing if it will work, not knowing exactly what to do, or thinking it's none of their business."
On a recent day, the coffee workers attending the class were from all over the DC area. They shared personal stories, which prove how common the problem. Some explained what they did to stop the abuse. They started by saying their first name and what gender they identify with.
Sam's story
"My name is Sam," said one man, as he began telling what he witnessed. He says a customer made a co-worker so uneasy with comments about her body that she left the area. Sam spoke to the man and asked that he stop "from making comments on the appearance of people who work in this space." Instead of stopping, the customer argued that he was raised in the 1950's.
"That's no excuse," said the leader of the class.
The exercise continued until all the workers shared their experiences. The group decided how severe the discrimination was and rated it with markings on the wall in the front of the room.
Then Yeo added four more actions, including "Misgendering" and "Following." Each of the four was written on a piece of paper, and added to the wall.
The two-hour class ended with students role-playing. Each person took on the behavior of someone else as part of a training exercise.
Future coffee classes
Mike Balderrama, one of the students, is the acting general manager of The Potter's House. He says the subject of intervening and stopping discrimination is "very near and dear to our heart."
Balderrama said the next training program for coffee shop employees is expected to deal with mental health and first aid. So The Potter's House will once again create the place for exploration of those issues.
I'm Lucija Millonig.

Workers across the country have been put on short time because of the slump in demand.
因需求量大幅下降，全国的工人都开工不足+wDK4UhKnMl0T,S。

If no agreement was reached, the army would step in.
如果无法达成协议，军队将会介入NbOUdEgS5C86&t4。

They set up a working party to look into the issue.
他们设立了一个特别工作组来调查这个问题R@Lg5!-Fe1yY~。

5.For them, she says, it is "often not knowing if it will work, not knowing exactly what to do, or thinking it's none of their business."

none of one's business 不关某人的事

6.Accusations of sexual wrongdoing by film producer Harvey Weinstein and other famous people are having an effect on American businesses.

having an effect on 对...造成影响 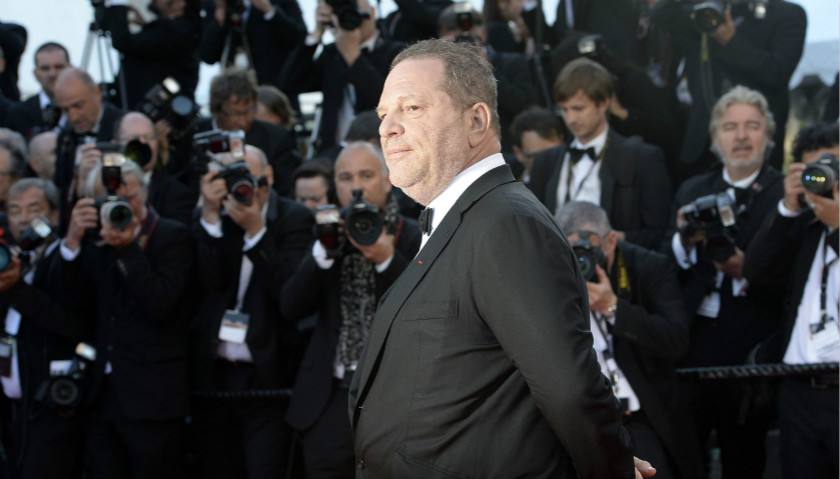